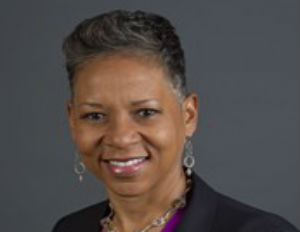 Tennis legend Katrina Adams has been confirmed as a panelist at theÂ Women of Power Summit. A session about sports industry game changers, moderated by Black Enterprise President and CEOÂ Earl “Butchâ€ Graves Jr., will highlight the winning moves of women working in the sports industry.

Before the Williams Sisters’ reign as the queens of tennis, there was Chicago native, Katrina M. Adams. Picking up her first racket at 6-years-old while playing in public parks as part of the Martin Luther King, Jr. Boys Club, in 1987 she became the first African-American NCAA doubles champion. Attending Northwestern University, Adams helped the Wildcats to big ten championships and was eventually inducted into Northwestern’s Hall of Fame. Spending twelve years with the World Tennis Association (WTA), she ranked #8 in doubles and #7 in singles, winning 20 doubles titles. Drawn to the need to make power moves off the court, she was a player representative sitting on the WTA’s board of directors. Serving on a numerous committees including the Special Olympics and Anti-doping committee, her excellence earned her the WTA’s Player Service Award two years in a row, 1996 and 1997.

Effective January 2015, she becomes the first African-American and first former professional tennis player to serve as the USTA’s Chairman of the Board, CEO and President. Previously working as its first Vice president, Adams sits on the board of directors of the USTA and the International Tennis Hall of Fame. Busy representing and mentoring Tennis players nationwide, she balances those duties with being a TV commentator for the Tennis Channel, nationwide sporting events, along with writing a column for Tennis Magazine and tennis.com where she provides instructional videos.

Always dedicated to giving back, Adams serves as the Executive Director of the Harlem Junior Tennis and Education Program in New York City. Working to provide tennis instruction and outreach to low-income children, 25% of the organization’s attendees go on to be awarded college scholarships to schools like Harvard, Howard, Rutgers, Duke, and Columbia University.