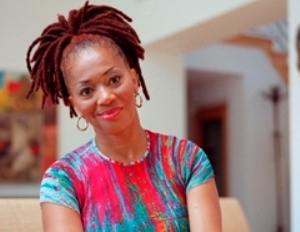 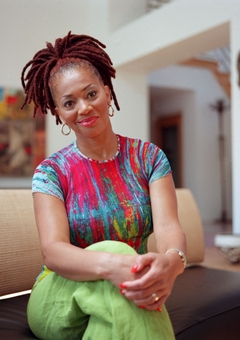 Nobody can tell a story the way Terry McMillan can. For years she has worn the crown as the queen of African-American literature–even as the game has changed—and she reigned over a legions of fans. Now the award-winning, best-selling author and screenwriter—who got America hooked on classic page-turners-turned-silver-screen-winners such as Waiting to Exhale and How Stella Got Her Groove Back—heads to the Caribbean toÂ co-host the first annual Anguilla Black Lit Fest (May 24-May 28, 2012). Four days of festivities and seminars will unite established and up-and-coming African-American writers for networking and inspiration on how to find one’s voice in the ever-evolving world of book publishing.

BlackEnterprise.com talked to the candid McMillan about why she’s no longer phased by critics, why she doesn’t have beef with Mr. and Mrs. Smiths and the perils of book publishing technology.

BlackEnterprise.com: We think it’s awesome that you’ve chosen to co-host Anguilla’s first annual Black Lit Fest. Why do you believe the climate is right to bring together Black writers?

Terry McMillan: It’s always a good time to have a large presence of African-American writers, which I think it will help draw attention to the the desire and need for more [talent] as well as interest in our work. I strongly believe in up-and-coming authors. A lot of writers’ conference around the country [attract] the same writers that frequent them and they’re always White. They have an amazing tight-knit group and they meet at different conferences throughout the summer and have been doing it for years. Now it doesn’t mean that they try to avoid African-American writers; but it’s a club. You can count on one hand how many of us participate. So having these kind of festivals is an opportunity to discuss the state of publishing, our roles and where we fit into it all. Also to offer some kind of tips about writing, and how to approach their work, among other things.

BlackEnterprise.com: And what does the festival offer you?

McMillan: First, I like the written word. It’s not often [black writers] get together under the same roof, by the same sea. Also, I like hearing from and being around young writers because it’s inspiring and exciting. There is an exchange that can happen that I find can be very healthy. I know people might think I’m this best-selling author, but I like being able to paint a realistic picture for new writers. I take it very seriously because their voices and stories matter. I like knowing where young writers heads are and what’s important to them.

BlackEnterprise.com: One of the seminars you’re co-hosting is “Life, Liberty and The Pursuit of Literacy.” Why are these essential?

McMillan: If you can’t read, you can’t write. It puts a lot of road blocks in your path. There are so many kids getting promoted from sixth to seventh grade and they don’t know the difference between a noun or verb. There is power and liberation in knowing how to read and express yourself orally or in written form. If you can’t do that there are very serious disadvantages and it’s obvious that all you can probably do is ask people, “Do you want fries with that?” It has a lot to with how you [perceive] yourself and what role you can play in this world. In this google age at least know where to look. If you can’t comprehend the most simplistic things it has a negative affect on your life. It’s one of the reasons why years ago literacy among our community was encouraged because if we couldn’t speak English, read or write we were socially disadvantaged.

BlackEnterprise.com: Knowledge is power! Well, you’re also offering tips on honing your craft. As an established writer, how long did it take before honing yours?

McMillan: I don’t know if I’ve arrived and got it all figured out. Right now, I’m employing a technique and device that require a certain amount of skill and it’s the only way I can tell the story. So I think you challenge yourself and continue to grow indifferent ways as a writer. Again, my interest is always to help a lot of young people take the craft seriously, get them to understand what is required and how to honor and respect their own voices so they don’t try to sound like me or Toni Morrison.

BlackEnterprise.com: While your committed to nurturing new talent, have you ever felt pigeonholed as a writer?

McMillan: No, because I write the stories I want to write. I don’t think about critics when I’m writing a story—that’s the last thing on my mind. I don’t write to please, I write to understand things that I find perplexing. More than anything else, because my work has been popular, [the critics] want to dismiss me and have called my work ‘pop fiction,’ which really used to get on my nerves; but now I really don’t care. Pop fiction is pretty formulaic and I don’t write by numbers. I know what my voice is and I know how to tell a story. It bothers them that my work has been popular, so they don’t want to take it seriously because I don’t sound like Virginia Wolf, Faulkner orÂ Hemingway,Â who wrote in voices [suited] for the times in which they lived and for who they were. I write in my voice. I’m not trying to imitate a literary bag of ticks so you have to decipher what the hell I’m tailing about as if there’s more value in that.

5 Things to Think About Before Investing in Art

The Best — and Worst — Body Language Cues in the Office