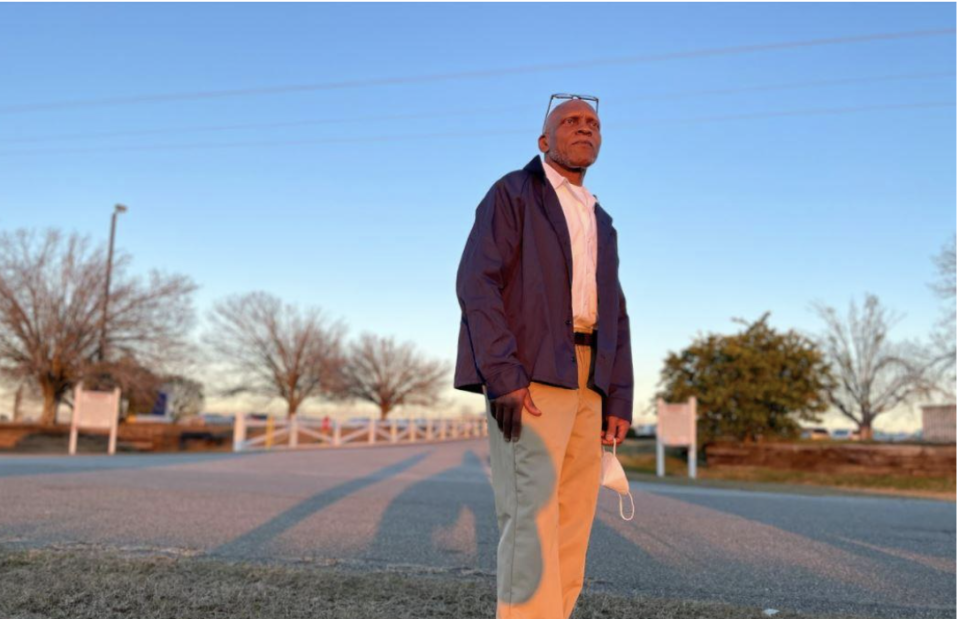 A Georgia man spent 40 years behind bars for a crime he didn’t commit. He is now a free man. According to News Onyx, Terry Talley was released from Dooly State Prison on Feb. 23, with the Georgia Innocence Project’s help. The man described his newfound freedom as a “blessing.”

“Today is such a blessing. Words can’t describe how it feels to finally be free after all these years,” Talley said. “I’m so thankful for my family, who kept me going all this time, and for the Georgia Innocence Project, who never gave up.”

The publication reported that Talley had been convicted for five rapes and sentenced to life in prison in 1981. He’s been exonerated in four. The last case is still pending.

The sexual assaults occurred between February and June of that year, in LaGrange, Georgia– close to the nearby college. The victims were made up of four white women and a Black woman. A city worker was on campus and was terminated over menacing behavior complaints after police began to investigate the violent attacks, News Onyx reported.

At one point, cops found gloves at the scene where an assault took place. They allegedly belonged to the city worker who was fired.

Talley was arrested on separate simple battery and solicitation charges after he allegedly grabbed a woman he was soliciting sex from.

Once in custody, police used the opportunity to railroad Talley– adding the man’s photo to lineups in the LaGrange attacks. Victims and witnesses had already identified a suspect, but Talley was later named as the suspect.

Even though Talley was innocent, he was quickly tried and convicted in the first two sexual assault cases. He was sentenced to life in both in April 1981. According to the news outlet, prosecutors won the guilty verdict based on a victim who could not identify Talley. The Georgia Innocence Project discovered police suppressed evidence, including the victim’s blood alcohol reading of .34 when the attack occurred, and that a different man was named the suspect.

In 2008, the Georgia Innocence Project asked to submit the man’s DNA to eliminate him as the rapist. One year later, the DNA test proved that Talley was not the culprit in one of the cases. But that decision wasn’t overturned until 2013. He still had four other cases to fight.

Several years passed, but the Georgia Innocence Project, along with the LaGrange police, presented the case to Coweta Judicial Circuit District Attorney Herb Cranford, who dropped the last four cases.

“We know that misidentifications, like those of Terry Talley, are a leading contributor to wrongful convictions,” the publication reported.

“Mr. Talley’s exonerations demonstrate the urgent need to reevaluate these eyewitness identification cases and their scientific bases. We hope that Terry’s story encourages other Georgia officials to strive to correct and prevent wrongful convictions in their jurisdictions,” she said.

Jennifer Whitfield, managing attorney for the Georgia Innocence Project, ensured that Talley’s cases were thrown out and that he would regain his freedom.

“Terry’s freedom is far too long overdue, but we are grateful that the LaGrange Police Department and District Attorney Cranford had the courage to take a hard look at the lack of evidence against him and act to try to right these historical wrongs,” she expressed. “Our fight for justice for Terry will continue until the last two cases are resolved.”