Tesla Sales Will Be Banned In New Jersey 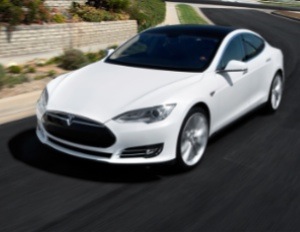 Thanks to Governor Chris Christie‘s administration and the New Jersey Coalition of Automotive Retailers, Tesla Motors and its electric cars are banned from being sold in the state of New Jersey.

In a blog post, Tesla addressed Governor Christie’s administration, saying it had “gone back on its word to delay a proposed anti-Tesla regulation so that the matter could be handled through a fair process in the Legislature.”

According to Tesla, the electric car company had been granted two dealer licenses to sell their cars directly to consumers, and this decision is a complete reversal of what they were told previously.

“Proposal PRN 2013-138 seeks to impose stringent licensing rules that would, among other things, require all new motor vehicles to be sold through middlemen and block Tesla’s direct sales model,” said the blog post. “This move comes in spite of discussions with the Governor’s staff as recently as January, when it was agreed that Tesla and NJ CAR would address their issues in a more public forum: the New Jersey Legislature.”

Tesla’s primary sales channel is through its first-party dealerships located around the country. The company uses its own dealerships, much like Apple and its retail stores, to educate potential buyers on the reasons they should purchase an electric car rather than a gas-powered vehicle. “We strongly believe it is vital to introduce our own vehicles to the market because electric cars are still a relatively new technology,” they said. “This model is not just a matter of selling more cars and providing optimum consumer choice for Americans, but it is also about educating consumers about the benefits of going electric, which is central to our mission to accelerate the shift to sustainable transportation, a new paradigm in automotive technology.”

Elon Musk, CEO of Tesla Motors, tweeted his displeasure at the decision, and criticized the state for its decision.