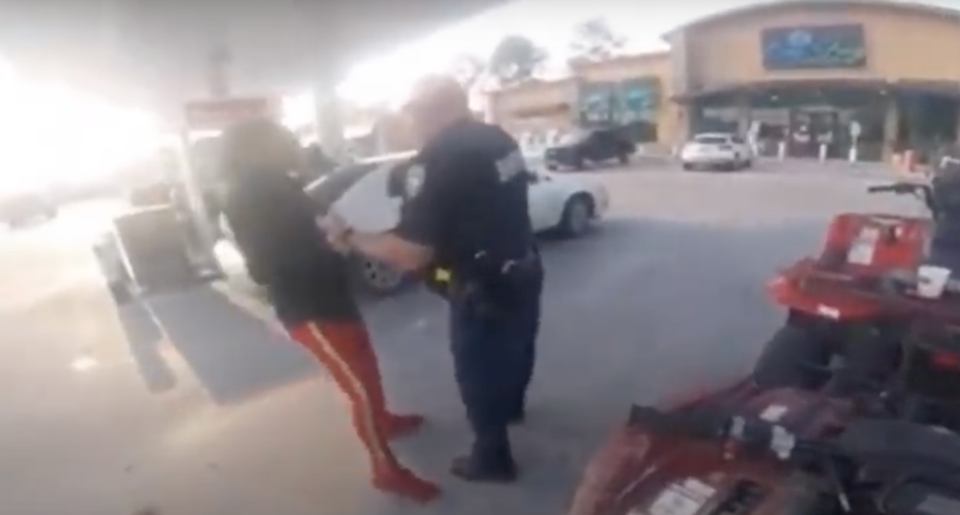 A Texas deputy who got demoted for punching a teen is in the middle of an investigation.

On March 26, three teens, one of whom is simply named Carlos, a Black teen, were riding their ATVs throughout Houston. The teens decided to head to a Shell gas station to refuel their vehicles when Houston County Sheriff’s Deputy Bert Dillow stopped them.

Dillow wanted to see his ID, and when Carlos did, the officer tried to make an arrest without any warning.

“Remember me?” the deputy asked Carlos, The Atlanta Black Star reported. “The one you’ve left off a couple times and run from.”

“He just looked at my ID for like two seconds and said to put my hands behind my back,” Carlos explained, according to USA Today. “That’s when I panicked a little and pulled away from him and he grabbed me.”

Dillow sat on Carlos, drawing some to compare the teenager to George Floyd.

Carlos had a GoPro camera attached to the back of a four-wheeler while he and officer Dillow engaged..

“Don’t run from me, boy. I will beat your ass right here,” the deputy yelled in Carlos’ face. “Turn around and put your hands behind your back before I beat the s–t out of you. Don’t be f–king stupid.” According to the video, shortly afterward, the deputy punched the teenager in the face and forced him to the ground.

ATVs are not legal to ride on the road, which Carlos felt Dillow’s actions were too aggressive.

“I just don’t think I should be treated in that manner for riding on the street,” Carlos told ABC13. “A lot of 16-year-olds got ATVs. [Tthey] want to have fun with their friends.”