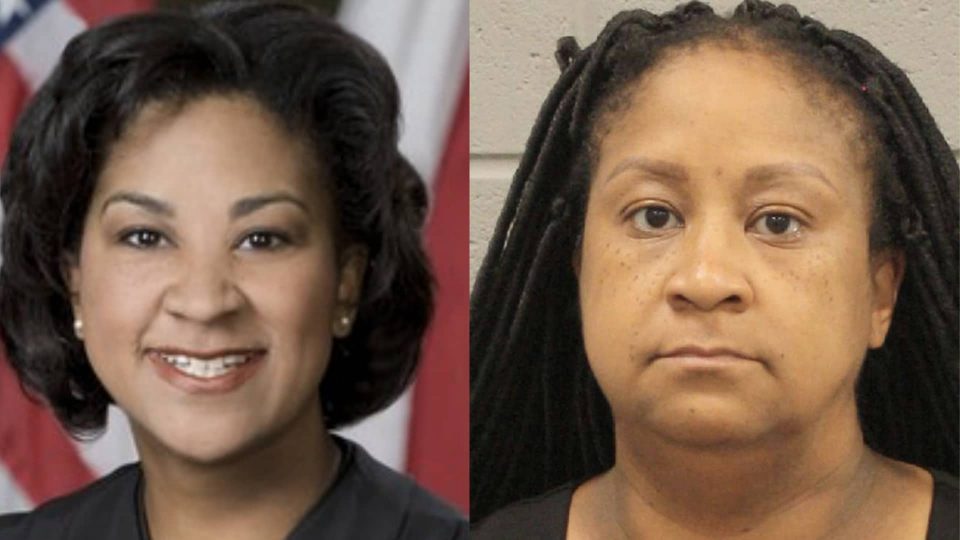 A Harris County, Texas, civil judge is facing charges after being accused of shooting at her husband’s girlfriend following a verbal dispute.

According to Essence, Judge Alexandra Smoots-Thomas of the Civil District Court in Texas, is facing charges of aggravated assault with a deadly weapon for the incident that occurred on Monday.

“My client was in a car and the other woman was outside the car. I believe she was carrying a club or some sort of stick with the intent to assault my client and a gun appeared. A shot was fired but nobody was hurt,” Smoots-Thomas’ attorney Kent Schaffer said.

The Texas judge was arrested on Wednesday but is out on bond and not permitted to possess a weapon.

Smoots-Thomas was already suspended as a judge and in legal trouble before the incident. Last year she was accused of using campaign funds for personal use to pay for her mortgage, her children’s school tuition, and a bevy of luxury items. Prosecutors claim Smoots-Thomas used $25,000 of her campaign funds to purchase a luxury handbag, a $700 ring, and other luxury items. The Texas judge was charged with 10 counts of wire fraud related to the case. She has pleaded not guilty to the charges.

According to Shaffer, the FBI began to investigate when an anonymous complaint of bribery had been brought to their attention. ABC13 reported Smoots-Thomas took time off from the bench last year to deal with breast cancer.