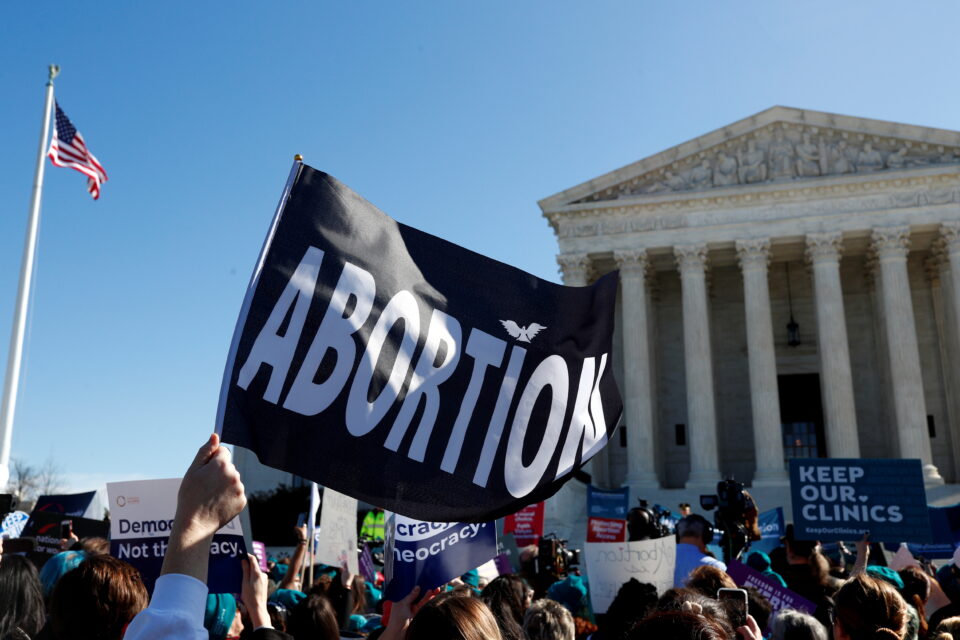 Reuters -Texas on Wednesday enacted the strictest anti-abortion law in the country after the U.S. Supreme Court declined to act on a request by abortion-rights groups to block the law banning the procedure after six weeks of pregnancy.

It was a victory for conservatives, who have long sought to eliminate abortion access in the United States.

“My administration … will protect and defend that right,” Biden said.

Abortion rights activists said such a ban has not been enacted in any U.S. state since that landmark ruling.

Texas abortion providers worked until almost the midnight deadline, when the 6-3 conservative-majority court’s inaction allowed the law to be enforced while abortion-rights groups further pursue their legal challenge to its constitutionality.

The justices could yet take action on the Texas case. But they have already agreed to hear arguments in Mississippi’s effort to overturn Roe v. Wade.

The law amounts to a near-total ban on abortion procedures given that 85% to 90% of abortions occur after six weeks of pregnancy, and would likely force many clinics to close, the abortion-rights groups said.

But it remains a deeply polarizing issue, with a majority of Democrats supporting abortion rights and a majority of Republicans opposing them.

Governor Greg Abbott has vowed to sign that bill into law.

At Whole Woman’s Health in Fort Worth, Texas, clinic staff worked up to midnight, serving 25 patients in the 2-1/2 hours before the deadline. The national group said its Texas locations, also including Austin and McKinney, remained open on Wednesday.

“This morning I woke up feeling a deep sadness,” said Amy Hagstrom Miller, the organization’s chief executive. “This law opens up a bounty system, a vigilante kind of system that can call into question anyone who supports access to abortion.”

Whole Woman’s Health, Planned Parenthood and other women’s health providers, doctors and some clergy members challenged the law in federal court in Austin in July, contending it violated the constitutional right to an abortion.

The law, signed on May 19, is unusual in that it prevents government officials from enforcing the ban, instead giving private citizens that power by enabling them to sue anyone who provides or “aids or abets” an abortion after six weeks.

Citizens who win such lawsuits would be entitled to at least $10,000.

Abortion providers say the law could lead to hundreds of costly lawsuits that would be logistically difficult to defend.

In a legal filing, Texas officials told the Supreme Court justices to reject the abortion providers’ request, doubting it can be challenged before it has been enforced against them.

Texas is among a dozen mostly Republican-led states that have enacted “heartbeat” abortion bans, which outlaw the procedure once the rhythmic contracting of fetal cardiac tissue can be detected, often at six weeks – sometimes before a woman realizes she is pregnant. Courts have blocked such bans.

“Texas Right to Life is thankful that the Texas Heartbeat Act is now in effect. We are now the first state ever to enforce a heartbeat law. We still await word from SCOTUS,” spokeswoman Kimberlyn Schwartz said in a statement, using an acronym for the Supreme Court of the United States.

A court could still put the ban on hold, and no court has yet ruled on its constitutionality, Stephen Vladeck, a professor at the University of Texas at Austin School of Law, wrote in a tweet.

“Despite what some will say, this isn’t the ‘end’ of Roe,” he wrote.