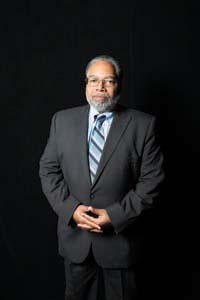 When the five-acre institution adjacent to the Washington Monument opens in 2015, it will exhibit a varied collection spanning 400 years of African American history. Items collected for display include slave shackles, tintypes of black Union Army soldiers, lunch counters from civil rights sit-ins, and the mother ship of the legendary funk band Parliament-Funkadelic. To accomplish this audacious goal, Bunch has undergone a transformation from noted scholar and historian to hard-charging entrepreneur with organizational dexterity and salesman chops.

Whether large or small, organizations need managers like Bunch to run campaigns in an environment in which philanthropic dollars are spandex tight. It’s true that charitable donations have started to rebound after the Great Recession: A 2011 Giving USA report revealed that contributions to the arts declined 1.8% between 2008 and 2009, but rose an estimated 5.7% in 2010. But competition remains fierce. Susan Taylor Batten, president and CEO of the Association of Black Foundation Executives, says nonprofits must flawlessly execute their strategic plan and connect with donors. She says, “Cultivation is the key. Fundraising lesson 101 is that people like to give money to people they know. You have to help people see that causes that look as if they’re very focused on black communities are ultimately contributing to the common good. And foundations like to invest in large efforts that have scale, so it’s important to reveal your partnerships and strategic connections.â€

The NMAAHC offers an inventive model for nonprofits to follow. After Rep. John Lewis, the legendary activist that represents Atlanta’s 5th District, lobbied more than 12 years to secure its authorization, President George W. Bush signed legislation in 2003 to establish the 19th museum within the Smithsonian complex. Congress committed $250 million over 10 years, so Bunch must make regular trips to Capitol Hill to sway legislators to provide funding for the institution’s annual budget. The NMAAHC team has had to raise the other $250 million through private donations.