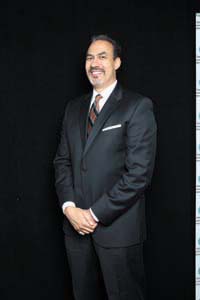 Duckens says the NMAAHC approaches fundraising from a “standpoint of abundance, not scarcity,â€ not wasting much time on those who will suffer from sticker shock. “I know we’re competing with [other] things, but donors who have an interest in the arts and culture are going to give to an organization where their passions lie.â€ NMAAHC targets five key metros: New York, Washington, D.C., Atlanta, Chicago, and Los Angeles,Â  “philanthropic citiesâ€ that are among the nation’s largest, and that are headquarters for large corporations and made up of diverse populations that embrace multicultural causes.

Beyond using the contacts from the council, Duckens says NMAAHC has compiled an expansive database in which each individual and organization has been placed through a series of analytical screens for the greatest probability of donation, including contribution history; capacity for sizable gifts; interest in African American causes or preservation of history; and HBCU alumni status.

Bunch and his team have been successful in obtaining large contributions from African American donors such as former be 100s CEO Earl W. Stafford and his wife, Amanda, who have contributed $2 million. “When Lonnie came to speak to us he was inspiring,â€ says Amanda. “This museum is so significant we wanted to fund it all but we gave what we could.â€

The pitches are often given at events that are similar to political fundraisers, in which wealthy sponsors hold intimate, pre-fixe events. The NMAAHC will hustle and wear out shoe leather to hook a big fish. Duckens secured Jesse Tyson, the former director of global aviation for ExxonMobil, as a fundraising host after “crashingâ€ his retirement party. While there, she met and persuaded Albert Dotson, chairman of 100 Black Men of America, to place Bunch on the program of the civic organization’s 2011 conference. That presentation led to a reception for Bunch’s team in Miami that raised another $150,000.