The 27 Countries That Trump the U.S. When it Comes to Gender Equality 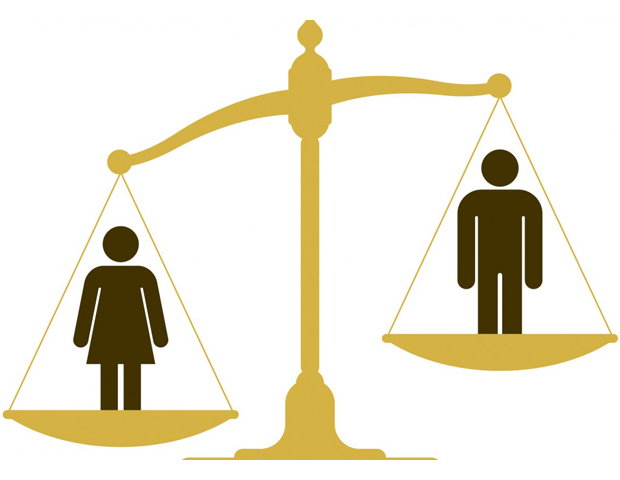 The World Economic Forum (WEF) released its 2015 Global Gender Gap report, which shows how 145 countries around the world have progressed in closing the gender gap over the last decade.

According to the results, there has been a slight improvement in the gap amongst men and women, but it could take another 118 years before opportunities are completely equal for both genders. Despite an additional quarter of a billion women entering the global workforce since 2006, women now only earn what men did nearly 10 years ago. For the U.S., which dropped by two ranks over the last year in terms of economic participation, some of its struggle in closing the economic gap can be attributed to workplace policies regarding paid parental leave and childcare. The U.S. is the only developed country that doesn’t guarantee paid maternity leave, with only 12 percent of workers having access to paid family leave through their employers.

[RELATED: The Surprising Age at Which Women’s Pay Falls Behind]

Also, examining the categories of health, education, and political empowerment, data from the report shows that the United States has moved backwards in trying to close the gap. Over the last year, the U.S. has fallen by eight spots to rank in at number 28 for overall gender equality. When it comes to politics, the U.S. saw its largest dip, dropping 18 spots to number 72. Currently, the number of American women in cabinet-level positions is at 26 percent compared to 32 percent from last year, and only 19 percent of Congressional positions are held by women.

Since the WEF began formulating this report in 2006, 4 percent of the global gender gap has closed. Using the four categories of economic participation, education, political empowerment, and health to measure these rankings, the WEF closely looked at the salaries and workforce participation amongst men and women, the access both genders have to higher education, their life expectancy and sex ratio, as well as representation in decision-making positions. Based on these factors, Iceland came in as the world’s most gender-equal nation, having closed 88 percent of its gender gap, followed by Norway, Finland, and Sweden.

To see what other nations made the top 10, check out the chart below or click here for a full breakdown of the report. 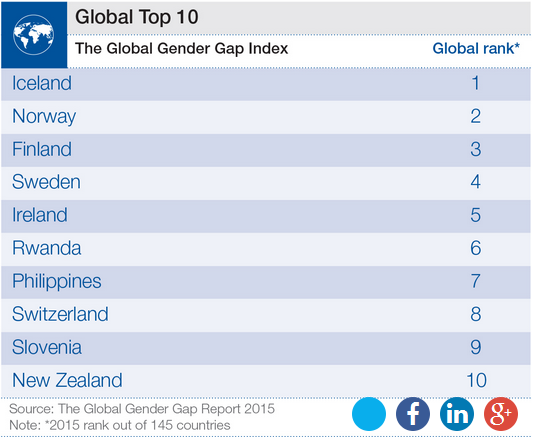