The 3rd Annual Champions for Choice Event for the AFC 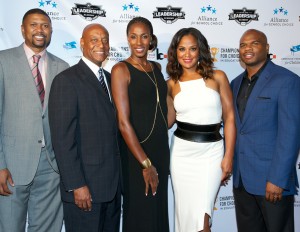 Tuesday, July 15, saw several celebrities and sports personalities come out in support of the third annual Champions for Choice event for the AFC (The American Federation for Children) in conjunction with the 2014 ESPY Awards. The event took place at Los Angeles’ premiere hotel, LUXE.