The 4 Cs of Being a Powerbroker 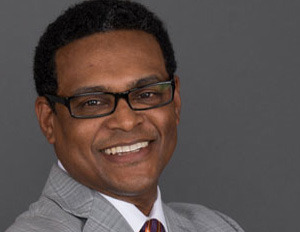 A powerbroker is defined as “a person or group having the ability to influence important decisions.â€ Whether you are a small business owner, a lobbyist, or the head of your Parent Teacher Association, influence is an important characteristic of leadership. Just being “in chargeâ€ does not make you either an effect leader or a person of influence. In my new business venture, I’ve learned a great deal from a business colleague about the skill sets that a true powerbroker possesses.

Harold W. Johnson II, partner of Cober Johnson & Romney, PLLC, has successfully navigated the currents of Washington D.C. with his reputation as a skilled and honorable negotiator intact after more than two decades.

A native Washingtonian, Johnson is a veteran in the asset management and commercial real estate development industries. Before he was 30, he was appointed as a director of the Washington D.C. Convention Center Authority, where he held responsibility for the oversight of planning, financing, and development of the $800 million facility. He has also served as second-in-command to the COO for the D.C. School Board, and was one of the first program managers to implement the landmark HOPE/HUD program under the Reagan administration, which transitioned tenants to first time home buyers throughout the nation.

Currently, Johnson consults regional, state, and international leaders on land development deals, including both the Prince Georges County, Maryland government on a ground breaking, $300 million mixed-use town center development project as well as the Grenadian government on a first of its kind medical tourism campus.

It’s clear that a career of this magnitude requires many important elements to come together. Accordingly, here are the 5 Cs of being a true power broker.Â Whether your resume is as extensive as Johnson’s or is still being developed, devote yourself to mastering your craft through education and experience. Every position, whether paid or unpaid, is an opportunity for your professional growth and development.

Communication: “Listening is one of the most underrated skill sets that people possess,â€ he says. Brilliant communicators understand that listening to others is an opportunity to receive important information on what people’s needs are. Once you have identified what people need, you are in a unique position to add value and create win/win opportunities for both sides.

Contacts: Solid relationships are the foundation of any skilled power broker with respect and integrity as its building blocks. How you treat people—princes and paupers alike—will always come to light, he adds. Do you return calls and emails or ignore them because you don’t value the person at that time? “Positionâ€ is a fluid concept. A person that is a mailroom clerk today can be a Hollywood executive tomorrow. People have a long memory for bad attitudes and behavior. Also, no person is an island. Some cynics refer to it as “playing the game,â€ but true power brokers understand the value of being in connection and being of service to others, which Johnson says is one of his core values.

Charisma: Leaders all have an aura about them that make people gravitate towards them. Whether its President Obama, Shelia Johnson, or BeyoncÃ©—it doesn’t matter. They all have passion and conviction about the subject that they have devoted their lives to. Charisma equals enthusiasm, confidence and dedication—you’ll need a healthy dose of charisma to be an influencer.

Character: Johnson is a man of deep faith and principle and he believes that it is at the heart of his success. Somewhat ironically, he cautions people to not be driven by power. “If you are motivated by money or power, it will challenge your character and ruin your credibility.â€ Johnson advises. “I’m motivated by a commitment to my purpose which is helping others build communities and changing lives. No matter what the assignment, I always keep those values.â€

Nicole Cober, Esq. is the Managing Partner at Cober Johnson & Romney, a law firm focusing on trademarks, brand licensing and small business consulting. She is a former small biz owner of the award winning chain, Soul…Day Spa and Salon. She is also a Legal Consultant for Washington DC’s NewsChannel 8 and author of soon-to-be released book: “CEO of My Soul: The Dos and Don’ts of Small Bizâ€. Follow her on Twitter @CoberJohnson and like her on Facebook @facebook.com/CoberJohnson. Visit her website at www.coberjohnson.com.

As a trailblazer in the small business community for nearly a decade, Nicole Cober is an advocate for the small business community. For eight years, Ms. Cober owned and operated a day spa and hair salon chain that served as a revitalization catalyst in a developing area of the nation's capital. During that time, she received national media coverage regarding small business management and entrepreneurism in various publications such as People, Essence, Allure, Entrepreneur, The Washingtonian, The Washington Post, Upscale and Black Enterprise. Ms. Cober was also featured on the CBS Morning News, BET and the reality show, "Ambush Makeover." The salon and spa received recognition by the Washington City Paper as "The Best Stylist" and "Best Spa" and Ms. Cober's commitment to the community was on display annually when she used her business for philanthropy by provided complementary services to Rachael's Women's Shelter. Ms. Cober blends both her legal and business skills together to offer a uniquely powerful list of services for clients. Affectionately known as "The Lawyer-preneur," she now seeks to empower start-ups and local small businesses with by creating effective business, branding and growth strategies. Ms. Cober is a graduate of the University of California, Berkeley as well as Howard University School of Law. She was a judicial law clerk for the Chief Judge of the DC Court of Appeals and worked for a number of years at Dickstein Shapiro as a litigation attorney, specializing in employment and insurance coverage law. Currently, she is a regular contributor to Black Enterprise and Citibank's Women and Co. as well as a legal consultant for NewsChannel 8 WJLA. Ms. Cober is also a public speaker, coach, a contributor to Pulse Magazine, a publication devoted to international spa management, and soon to be author who will publish a book later this year titled â€œCEO of My Soulâ€, which chronicles the do's and dont's of her early days as an entrepreneur. Follow her on twitter @CoberJohnson

FacebookTwitterYoutube
← NBA Pays Big for Wildcats ← New Money: Harriet Tubman Could Be the Face of the $20 Bill
×