The Best Cities For People Under 35 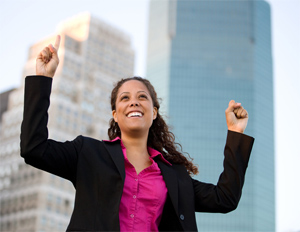 New York City, Arlington, Texas, and San Francisco are the top three American cities for people under the age of 35, according to the news organization Vocativ. A number of factors go into choosing a new city to call home – affordability, quality of life, and availability of jobs are some standard things that young people take into account when considering a move, according to the Business Insider.

Still, there are some elements of city living that many surveys don’t address. How much would a pint of beer in San Francisco cost? Are there a lot of coffee shops in Pittsburgh? Could I go see a concert in Dallas?

Vocativ just released its second Livability Index, which ranks the 35 best US cities for people under 35. It based the ranking on traditional data, like unemployment rates and average rent, but also included “softer” data points that would be relevant to people in their 20s and 30s.

Cities were chosen based on a number of factors, including youngest population, most single people, lowest average rent, and cheapest gas, electricity, food, and public transportation. Vocativ also factored in the availability of coffee shops, cheap takeout restaurants, and music venues per capita, as well as the prices of beer, cigarettes, and marijuana.

Vocativ’s second Livability Index ranks 35 cities most suited for people under 35, based on traditional criteria like unemployment rates and average rent, and “softerâ€ factors including youngest population, most single people, lower costs, music venues per capita, as well as the prices of beer, cigarettes, and marijuana.

Here are some of the top 5 cities for people under 35:

City’s public transportation system and diverse population make up for its high cost of living.

City recognized for its low cost of living and night life.