The Best Underrated U.S. Cities for Food, Music, and Art 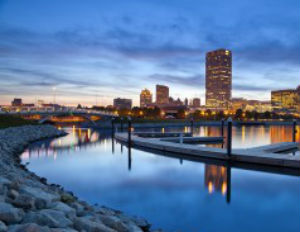 New York, Chicago, and Miami are widely known for having some of the best food, wine, and music hot spots in the U.S. But take note, there are several lesser-known destinations to whet your cultural appetite.

Hotels.comÂ®Â Hotel Price Indexâ„¢ (HPIÂ®) compiled a list of under the radar destinations rated by American travelers whoÂ explored the cities below for $135/night or less in the first half of 2015.

[Related: Top 7 Reasons Cape Town, South Africa Should Be on Your Bucket List]

Underrated Food Destinations
Los Angeles ($175) and San Francisco ($217) are consistently mentioned as two of the best food cities in the U.S., but a number of more affordable cities have received national attention for being underrated foodie destinations.

Kansas City ($131) is renowned for its sweet and spicy BBQ style and restaurants serving some of the best BBQ in the country, but its up-and-coming restaurant scene offers innovative Latin American, Japanese, and Southern food options. The city is also home to a number of craft breweries and new distilleries.

Underrated Wine Destinations
While Napa ($255) is the best-known wine destination in the country — offering a combination of top-notch wineries and critically-acclaimed restaurants — there are many under-the-radar wine destinations to be found around the country.

Grand Junction, Colo., ($88) offers the picturesque backdrop of the Grand Valley along the Colorado River for anyone visiting Colorado’s Wine Country. In addition to the region’s 20+ wineries, the city is also a gateway for hiking, mountain biking, and rafting activities.

Underrated Music Destinations
New Orleans ($191) is the birthplace of jazz and home to some of the most vibrant music clubs in the country, but these destinations also boast a unique combination of music and nightlife.

Athens, GA., ($111) may be best known for being one of the greatest college towns in the country, but it also packs a strong indie rock scene. With iconic venues like the 40 Watt Club, Georgia Theater, and legendary bands that call the city home, Athens definitely holds its own.