The Debate Over Vaccine Passports, Some Like It, Others Think It's Invasive 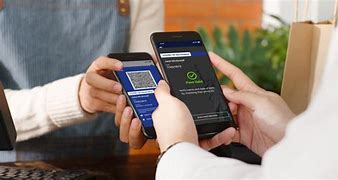 There is a debate about vaccine passports, with certain members of the GOP hating the initiative.

The passports, designed to verify users who have been vaccinated against COVID-19, is a controversial move among Republicans who think the passports are an invasion of privacy.

“We have constitutional rights and health privacy laws for a reason,” said Republican House Majority Leader Kerry Benninghoff of Pennsylvania. “They should not cease to exist in a time of crisis. These passports may start with COVID-19, but where will they end?”

Related Stories: THERE’S ONE GROUP OF PEOPLE HOLDING VACCINATIONS BACK AND IT’S NOT BLACK PEOPLE

On the other hand, Democratic leaders, mainly President Joe Biden, are encouraging people to get vaccinated, calling it a requirement alongside enforcing a mask mandate.

However, civil rights advocates like Electronic Frontier Foundation are against vaccine passports.

As of reporting, New York state is the only state in the nation to have a COVID-19 virtual passport called the “Excelsior Pass.”

The vaccine passport is your name alongside a QR code and a green checkmark that lets administrators know that the user is vaccinated or the recent date a person has been tested negative.

Israel already has a similar app, with some parts of Europe still adapting to the idea.

As Gov Tech reported, a ticket-taker at a sporting event, airport, or some other event will use the app to grant access to their establishment or permission to use something.

There is a racial gap in the COVID-19 vaccination drive, with people of color, specifically Black people and Hispanic people, being sufficiently behind white people in receiving shots.

In January, white New Yorkers were disproportionately receiving doses of vaccinations, BLACK ENTERPRISE reported. The racial gap has become grown smaller in March, thanks to community centers like New Settlement. However, 15% or less within the Latino and Black communities, representing about 29% and 24% of the city, respectively, have received their shots once.

Civil rights advocates such as the Electronic Frontier Foundation have pointed out vaccine inequality on its official website.

EFF’s Alexis Hancock and Hayley Tsukayama also pointed out how vaccine passports, like Excelsior Pass, use a system to track records on a peer-to-peer network like blockchain.

“They argue, be a step toward a future where the government maintains digital IDs for everyone and uses them to collect and store personal information,” Gov Tech reported.