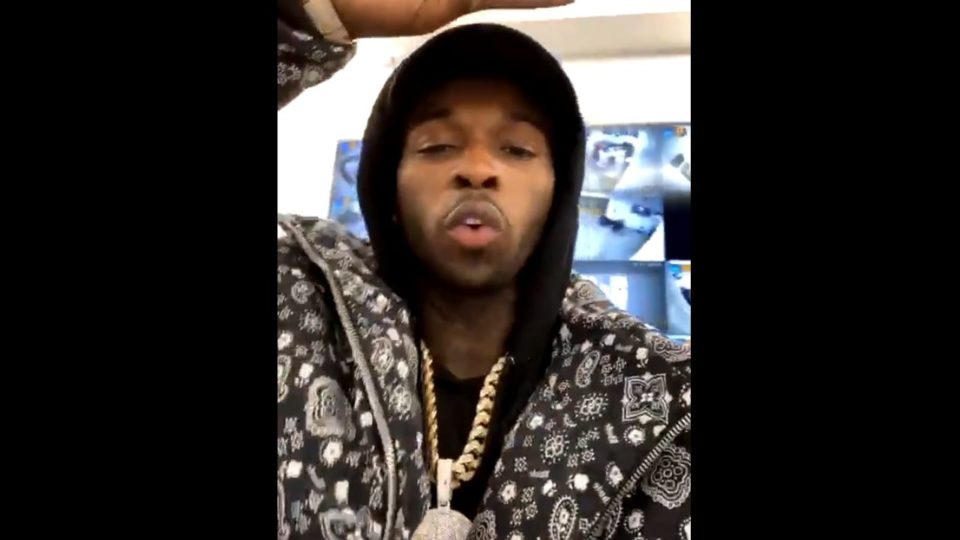 .According to The New York Daily News, the family of the accused killer of rapper Pop Smoke has requested to privately speak with his parents.

The death of hip-hop artist Bashar Barakah Jackson, known as Pop Smoke,  shook the hip-hop world to its core. One of the accused murderers of the budding rapper is a 20-year-old who was the only person involved in the killing who wasn’t a minor at the time of his death. Corey Walker is one of a group of four defendants now facing charges in the death of Pop Smoke. The Brooklyn rapper was shot to death during a home-invasion robbery back in February 2020 at a rented Hollywood Hills home.

Walker’s defense attorney, Christopher Darden, spoke to The Daily News last week and stated that Walker’s relatives were hoping they can speak directly to Jackson’s parents. The family hoped to express their deep respect and heartbreak over the shared tragedy.

“This is new information to me. I’ll have to learn more,” Pop Smoke’s mother, Audrey Jackson told The Daily News. “I’m working on a lesson plan right now. That is my focus. I really can’t say.”

It was reported last month that L.A. Police Department Det. Carlos Camacho said in a preliminary court hearing that the intruder was after Pop Smoke’s Cuban link chain. The alleged gunman, Corey Walker, shot and killed Pop Smoke around 4 a.m. on Feb. 19., as Camacho described, “in the shower naked.”

The 15-year-old was unsuccessful in his robbery mission and settled on taking his Rolex. It was reported that Walker sold the watch for $2,000.

Walker is facing the death penalty if convicted, and three other underage suspects have been charged with murder and robbery, too. Walker confessed to using ski masks, gloves, and a police scanner, but oddly, the young man is pleading not guilty.