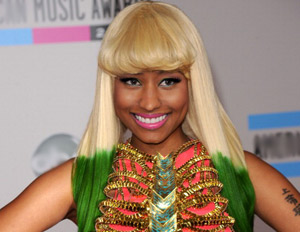 Thanks to the combination of hot temperatures and sunny skies, there’s no shortage of outdoor summer concerts. If you’re looking for a reason to take a short trip to New York or live in the area, check out some of the upcoming concerts.

As part of the Celebrate Brooklyn! concert series, R&B Singer, Songwriter and Queen of Funk, Chaka Khan will kick off the free event held at the Prospect Park Bandshell.

Wiz Khalifa rose to super star status with hits, Black and Yellow, See You Again, and Go Hard or Go Home. Fans who have attended his concerts in the past rave about his ability to keep the crowd hype.

R&B hit makers during the 1970’s, George Clinton and Parliament Funkadelic will takeover the event summer stage with their funky soul music and band. Visit the City Parks Foundation.org to learn more.

The Grammy Award Winning hip hop trio hit the scene in the 1980’s and ‘90s with hits includingÂ A Salt with a Deadly Pepa, “Whatta Man,â€ Blacks’ Magic, “Let’s Talk About Sex,” and “Shoop.â€

Big Daddy Kane and Whodini are another group of legendary hip-hop artist hitting the Central Park summer stage in 2015.

If it’s one thing Nicki Minaj is known for, it’s putting on a show. And now with famous boyfriend, Meek Mill joining her on the concert stage, along with Rae Sremmurd, Tinashe, and Dej Loaf, it’s sure to be an unforgettable evening.

Check out the Barclays Center and Ticket Master for more information.