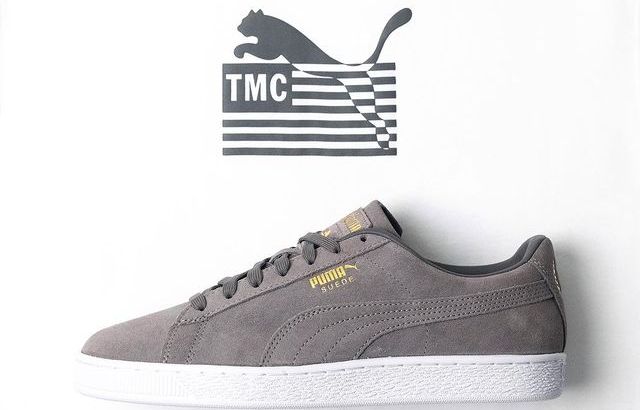 The legacy of Ermias Joseph Asghedom continues to make an impact. Asghedom, the slain rapper better known as Nipsy Hussle, started a clothing line before his untimely death two years ago, partnering with sneaker giant PUMA to distribute his The Marathon Clothing line. After a very successful debut in 2019, PUMA is releasing the latest collection this week.

According to Hypebeast, The Marathon Clothing x PUMA Suede will feature suede sneakers and a matching t-shirt and will be released via the PUMA website this Friday. You can also purchase the latest line at the Puma NYC Flagship store and at select retailers, including The Marathon Clothing website. Shoes can be purchased for $80, while the t-shirt will be available for $45.

On March 31, 2019, 33-year-old Hussle was murdered in front of his Marathon Clothing store, located in the Hyde Park neighborhood of Los Angeles. On Sept. 5, 2019, Puma initially released the collection the slain rapper was working on with the clothing company before his death. It sold out in a day on the Puma website.

Released less than six months after his death, the collection consisted of 19 pieces, including two different color combos of the brand’s iconic California sneaker, a Marathon-themed MCS tracksuit, as well as various types of graphic T-shirts and matching jackets and pants.

Hussle was appointed as a brand ambassador for Puma in January 2018. The proceeds from the initial sale of the PUMA x TMC Collection went toward the organization that his family has established, the Neighborhood Nip Foundation. The organization seeks to continue Hussle’s legacy by “empowering the South Los Angeles community and neighborhoods alike across the globe.”

Eric R. Holder Jr., Hussle’s acquaintance, was arrested for the murder. His bail was originally set at $6.5 million.