The Mandate for Equitable Justice: An Open Letter to Elected Officials and Corporate America From AT&T CEO Randall Stephenson 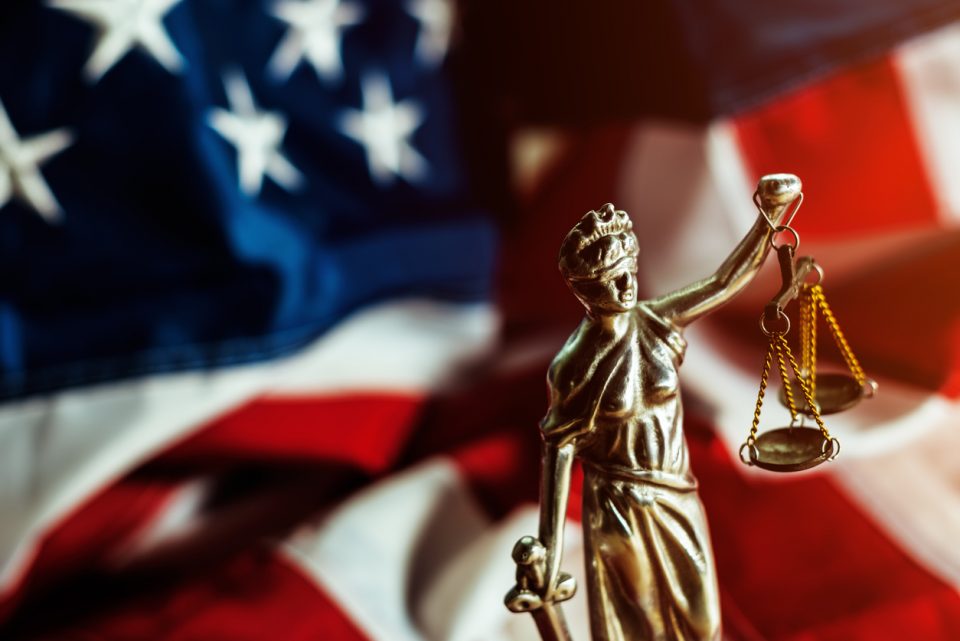 (iStock/stevanovicigor)
One cannot read the founding documents of our nation and miss the overarching mandate for justice.

The first sentence of the preamble to the U.S. Constitution states its very intent is to “establish justice and insure domestic tranquility.”  The sequencing of these intentions is patently clear: tranquility flows from justice, not the other way around.

The horrific deaths of George Floyd, Breonna Taylor, Ahmaud Arbery, and now Rayshard Brooks provide stark evidence that we have failed in our mandate to establish equal justice for Black Americans.  And all too often, tragedies like these follow a predictable pattern: outrage yields to protest, which leads to promises of reform. But in the end, little changes and the pattern repeats itself.

But this time feels different.

In that spirit, I agreed to represent AT&T and work on equitable justice as part of a new Business Roundtable committee (BRT) of large company CEOs committed to advance racial equity and justice. While my effort will focus on the immediately pressing issue of needed changes in policing practices, the BRT has initiated projects addressing racial inequality across a broad range of areas, including health and the disparate impact the pandemic has inflicted on Black communities; financial systems; and education and workforce development.

To better understand the issues specific to equitable justice, I’ve spent a lot of time over the past week listening to civil rights leaders and activists, current and former elected officials, religious leaders, and law enforcement professionals to gain insight and direction.

While there are no simple solutions and opinions remain divided on some issues, they all agree that we are in a unique moment in time.  And our conversations give me conviction that we have the mandate, the will, and the ability to achieve equitable policing and redefine the relationship between law enforcement and those they serve — Black Americans, in particular.

In Dallas, Police Chief Reneé Hall has implemented a “duty-to-intervene policy,” ordering her officers to stop other officers when they act inappropriately. And the department is working to enhance transparency and trust by releasing within 24 hours videos of critical incidents.

In San Francisco, Mayor London Breed has committed to reforms such as banning the use of military-grade weapons and ending the practice of asking police officers to intervene in non-criminal activities, such as mental and behavioral health crises.

In Chicago, Mayor Lori Lightfoot has signaled that the city is laying the foundation for long-term reform. Importantly, she has stressed that improved accountability and the other solutions that citizens and leaders are calling for will require constructive dialogue with police unions.

But equitable policing will take more than local solutions in Dallas, San Francisco, and Chicago. Racial injustice affects cities and towns across our nation. Successfully addressing this will require action on the Federal level to achieve full and equal treatment under the law.

In corporate America, we operate by the maxim: what gets measured, gets done.  We use data to recognize trends, inform our goals, and drive our decision-making and actions.  The same analytical rigor can help inform police reform efforts.

It’s promising to see strong, bipartisan efforts in Congress to provide for nationwide data tracking and transparency of police misconduct. This will not only better protect our citizens, but also protect the reputation of the majority of professional, dedicated officers who pursue their work with courage and decency every day.

I’m also encouraged by the groundswell of support from police departments and both Republican and Democratic leaders to ban chokeholds. Now it’s time to further codify national standards on the use of force. Every citizen deserves to know exactly what force police officers are allowed and not allowed to use.  Clear and specific rules are not just about protecting citizens. They’re equally about protecting officers, who should not be left with too little guidance and training to know what’s reasonable in high-pressure and potentially dangerous situations.

Likewise, we must take a hard look at our prevailing legal precedent that can exempt police officers from civil liability, even for shocking acts of misconduct and excessive force.  Known as qualified immunity, this protection is a multifaceted issue with strong opinions from many quarters. But we cannot afford to ignore it simply because it is complex. Our political leaders must debate the merits of any legal structure which distances our police forces from accountability for misconduct.

Concerning implicit racial biases, all organizations — including companies and police forces —need to step up and implement more effective training courses to help address biases – and do so urgently.

Finally, as we approach law enforcement reform, police unions must be part of the solution.  To the extent that collectively bargained practices stand in the way of just treatment for Black Americans, those practices must be on the table.  We must commit together to challenge anything which compromises accountability, trust, and confidence in law enforcement.  AT&T has one of America’s largest union-represented workforces, so I appreciate this won’t be easy.  But America can no longer overlook the extent to which these policies and practices are contributing to unjust treatment.

This is America’s moment to seize the opportunity for change and business leaders cannot sit this one out. We must engage to drive reform.

Today, I feel a sense of renewed hope and resolve that our Constitution’s mandate for justice to ensure domestic tranquility is not simply an ideal … it can be our reality.

Randall L. Stephenson is the current chairman and chief executive officer of AT&T Inc. since May 9, 2007.