The National Black Theatre In Harlem Celebrates Its 47th Anniversary 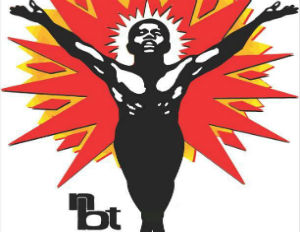 Celebrating 47 years of keeping soul alive in Harlem, visionary Barbara Ann Teer’s National Black Theatre (NBT) will host the eighth annual TEER Spirit Awards Gala on Thursday, June 18. The NBT is the oldest continuously operated black theater in New York and one of the oldest organizations led by a woman of color in the United States. The date is significant because it marks NBT National Founders Day, and what would have been her 78th birthday.

“This year we honor these extraordinary individuals who exemplify the spirit and legacy of service for which Dr. Teer was renowned,â€ said Sade Lythcott, CEO of NBT. “Our organization is celebrating the work these individuals do day in and day out to enrich New York City and the nation.â€

In addition to the awards ceremony and dinner, attendees will be treated to a special theatrical selection from the one-woman show “Fried Chicken & Latkes,â€ written and performed by Rain Pryor. “Fried Chicken & Latkesâ€, which previews at NBT on June 2, and runs from June 11 through June 28, is the actress-writer-comedian’s funny take on her mixed-race heritage and growing up the daughter of one of the world’s most beloved and iconic funny men, comic genius Richard Pryor.

Founded in 1968 and expanded in 1983, the 64,000-square-foot building on 125th and Fifth Avenue (which would come to be renamed “National Black Theatre Wayâ€ by local law in 1994), exist as a monument to Dr. Teer’s vision to focus on “the healing art of black theatre as an instrument for wholeness in urban communities where entrepreneurial artists of African descent live and work.â€