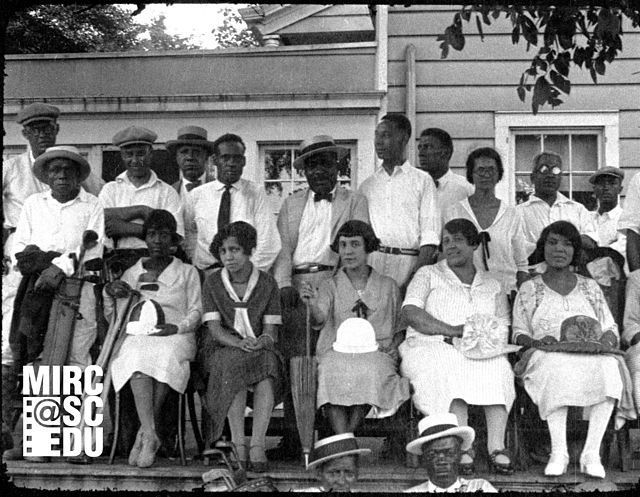 The oldest African-American golf clubhouse in the US is now officially recognized as a historical landmark.

Patch reported the Shady Rest Golf and Country Club was recently granted a listing on the National Register of Historic Places among all the cultural resources across the nation worthy of preservation.

The National Park Service‘s National Register of Historic Places is part of a national program to “coordinate and support public and private efforts to identify, evaluate, and protect America’s historic and archeological resources,” per the NPS website.

“We could not be more pleased,” said Scotch Plains, New Jersey Mayor Josh Losardo in a statement, per Patch. “For a number of years, the volunteers of the Preserve Shady Rest Committee, chaired by Tom Donatelli, have been steadily working toward achieving this important designation. The listing will further ensure that Shady Rest will remain an American landmark for perpetuity, enjoyed for generations, protected from development and a living reminder of a dark era in this nation, when African-Americans faced segregation.”

The original property was a 9- hole golf course, with a 1700s farmhouse serving as the clubhouse, according to Preserve Shady Rest. Black people were not allowed membership at the white country clubs during that era of segregation, so a group of black investors created their own.

In 1921, the Progressive Realty Company, Inc. purchased the former Westfield Country Club and established the Shady Rest Golf and Country Club. The club granted Blacks recreation and entertainment for all ages. From golf and tennis to horseback riding and skeet shooting, African-Americans were able to enjoy all the amenities that Shady Rest had to offer.

Distinguished artists such as W.E.B. DuBois, Count Basie, and Billie Holiday were among the many prominent guests who dined at the country’s club dining room.

However, in 1938, the Shady Rest Golf and Country Club went into foreclosure. Scotch Plains Township acquired the property and maintained it until 1964.

In more recent years, the significance of the site prompted strong efforts to preserve and restore Shady Rest’s historical site.

Last year, the Township Council voted unanimously to revert the name of the golf course back to the Shady Rest Golf and Country Club.

Since 2015, the clubhouse has undergone a $1.1 million restoration process, including windows and fireplaces.

“We plan to apply for as much outside funding as we can,” said Tom Donatelli, Preserve Shady Rest Committee chair, via Patch. “This national listing is a great opportunity for us to further care for the building, funding the ongoing renovations that will be needed.”

Located at 820 Jerusalem Road, Shady Rest is now welcomed to the city of Scotch Plains. It is highly encouraged by Councilman Matt Adams for residents to indulge in the recreational activities.