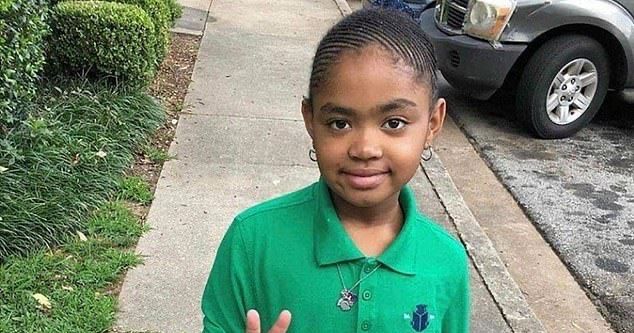 The city of Atlanta is being sued by the family of an 8-year-old girl who was killed when shots were fired into the vehicle they were in.

According to FOX 5 Atlanta, attorneys for the family of Secoriea Turner announced earlier this week that they filed a lawsuit against the city of Atlanta for its alleged responsibility in the child’s death. Turner died during demonstrations last summer.

Turner was shot and killed on July 4, 2020, during the protests that followed the police killing of Rayshard Brooks, who was shot in a Wendy’s parking lot by an Atlanta police officer. The little girl was a passenger in an SUV with her mother in an area where armed protesters had blocked the street when one or more fired shots into the car.

Attorneys had previously announced that they intended to file a lawsuit. Earlier this week, they stated that they had filed the lawsuit against the city of Atlanta, Mayor Keisha Lance Bottoms, Atlanta police chief Rodney Bryant, Atlanta city councilmember Joyce Sheperd, and Wendy’s International.

The mayor’s office released a statement about the incident that occurred last year:

“The murder of Secoriea Turner, as a result of senseless gun violence, is a tragedy that no family should have to endure. Due to the anticipated litigation, the City will offer no further comment at this time.”

According to CBS 46, the lawsuit states that “Mayor Bottoms, Councilmember Sheperd, Interim Chief Bryant, along with city officials allowed armed and violent individuals to encamp on and take control of a major city street by erecting barriers in the middle of University Avenue and deciding who would be allowed to pass.”

The lawsuit also says the Atlanta city leaders “ignored and allowed lawlessness, violence, and vigilantism to disrupt the orderly and peaceful flow of traffic near the Wendy’s which caused the shooting and killing of Secoriea Turner.”

“None of what we’re doing will ever bring our baby back. Her life is priceless,” said her mother, Charmaine Turner. “We’re forced to live through this day by day. We deserve justice. Someone needs to be held accountable,” CNN reported.