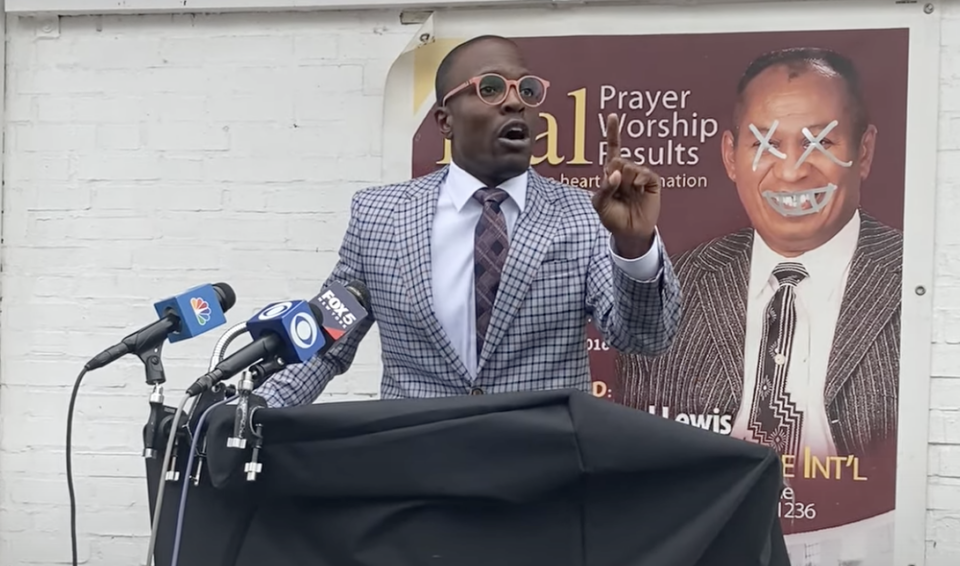 The story of Brooklyn Bishop Lamor Miller Whitehead gets wilder by the day, after allegations have surfaced that the pastor conned a member of his congregation out of her $90,000 life savings, and a separate lawsuit in which he owes developers over $335,000.

Whitehead denounced the press on Friday, after many social media sleuths have dug into the church head’s past, outing his felonious history.

According to The City, Pauline Anderson, the parishioner accusing him of swindling her retirement savings, sued the bishop in September 2021 after he told her he would help buy her home due to her poor credit, but instead kept the money for a failed 2021 political campaign, court documents say.

Reports additionally maintain that a New Jersey developing company won a lawsuit against the ex-con pastor in May 2021 for more than $335,000 in unpaid dues.

During a press conference at 922 Remsen Avenue in Brooklyn yesterday, the pastor opened up the conference with a prayer, to address the traumatic events and by extension, the allegations.

“They always wanna bring up the past,” he told reporters, and went on to detail growing up without a father. He continued: “Everybody is setting a narrative that it was a million dollars, it was 400,000. All that’s garbage.”

As previously reported, the bishop was robbed at gunpoint by masked men during a Instagram livestream of his sermon last Sunday. He was in the middle of addressing the congregation until he spotted the possible danger and hit the floor on his hands and knees.

While original reports say he was robbed of over $400,000 worth of jewelry, many outlets have stated the heist was valued at over a million.

During the press conference, however, he declined to go into detail regarding the missing money and his debts.

The pastor has only intensified the backlash each time he addresses the situation, many not buying his impassioned address.

“What in the Jussie Smollett is going on here????!!” one user commented.

“You can’t afford security for your church,  but got millions in jewelry and several high end cars? Make it Make Sense,” said another.

“Pimpin by any other name is still pimpin…” wrote a third.