Fans Threaten Creators Of Rebooted 'The Proud Family: Louder and Prouder' Not To Change The Theme Song 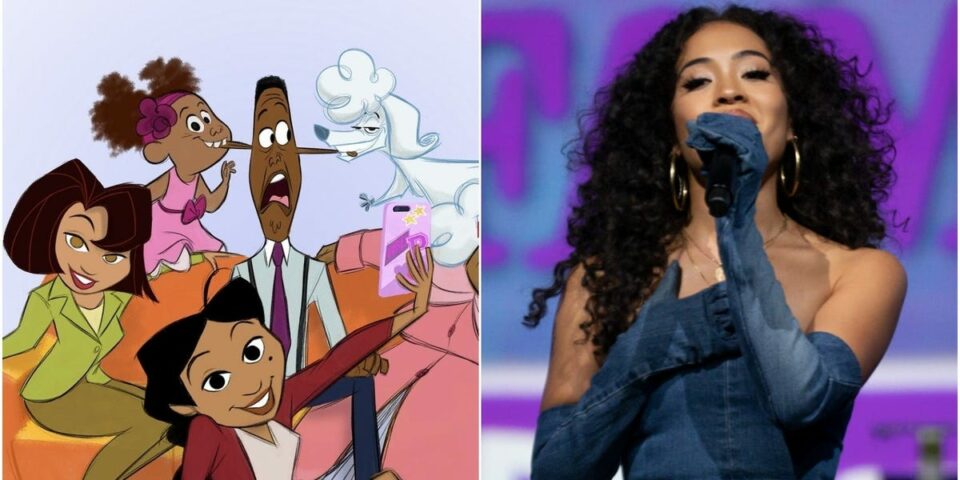 The creators of the rebooted animated series The Proud Family: Louder and Prouder said they received messages from fans threatening them not to change the beloved theme song for the show initially sung by Solange and R&B pop group Destiny’s Child, reports Insider.

The theme song for the animated show is considered “sacred” by fans, but the creators of the show — executive producer Bruce W. Smith, Space Jam, The Princess and the Frog, and executive producer Ralph Farquhar Moesha, Married…with Children, agreed that they did not want to turn away fans of the original series and theme song; however, they did want to update the track.

“We certainly acknowledged the fact that we had a legion of fans of the original show, but we certainly wanted to give it an upgrade,” Farquhar said.

Smith continued, “One of the things that really is sacred within ‘The Proud Family’ universe we discovered is our theme song. We were getting just short of death threats of not changing this song [saying,] ‘You better not change this song.'”

While “Louder and Prouder” did make some noticeable changes in the show’s animation style and theme song,

Kurt Farquhar, the younger brother of one of the creators, Ralph Farquhar, composed the original song and made revisions to the musical score. Kurt said there were no intentions of scrapping the original music but overhauling it with a new beat and 29-year-old R&B singer Joyce Wrice who grew up watching the Proud Family.

Kurt, Ralph, and Bruce agreed that Wrice’s talent as a vocalist personifies the character of Penny Proud and is the ideal singer to take over the reins of the version sung by Solange and Destiny’s Child.

“There’s no greater new talent than Joyce Wrice to take the reins of this from Beyonce and Destiny’s Child and Solange,” Kurt said. “Destiny’s Child was on a meteoric rise, and Solange was at the beginning of her career. They spoke to that generation and now in a way, they’re being handed off to Joyce, who’s going to speak to her generation.”

The Proud Family: Louder and Prouder is a show that centers around a 14-year-old Black girl named Penny Proud, voiced by Kyla Pratt, who takes viewers on her journey as she navigates her growing pains and operating in the world, according to a Disney press release.

The new series will follow Penny and her eccentric family: parents Oscar and Trudy, twin siblings BeBe and CeCe, and her grandmother Suga Mama (and Puff!). Fans will also see her girl squad Dijonay Jones, LaCienega Boulevardez and Zoey Howzer.

New episodes of “Proud Family: Louder and Prouder” are available on Disney+.