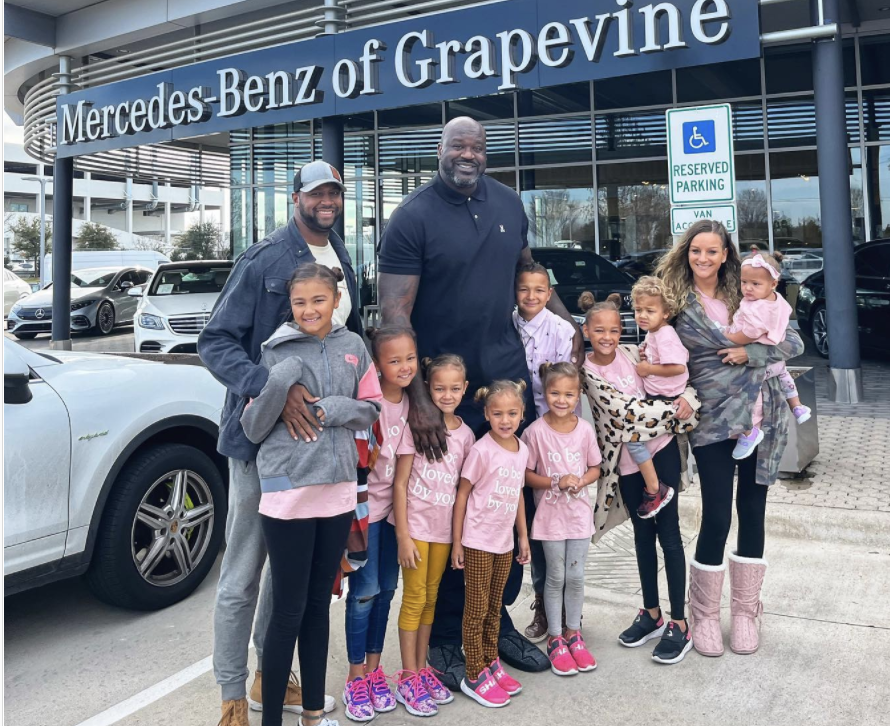 Shaquille O’Neal proves that he’s still the MVP when it comes to giving lavish gifts.

On Feb. 22., the 49-year-old retired baller and entrepreneur gifted a family of 11 an invaluable gift– a 15-passenger van, and he even included meals. Texas-based Collins family, made up of Karissa and Mandrae, took to social media to share the news of Shaquille’s generosity.

“I have no words right now!!! Today Shaq @shaq blessed us like never before,” Karissa started the caption.

The post continued detailing the family’s outing at a local Mercedes Benz dealership.

“Last night, we had a surprise visit from Shaq. He took us to dinner as a family at Babe’s chicken. It was so much fun to just hang out and eat dinner with him.  And then today!! He started the day off by taking us to the Mercedes dealership to get us a new family 15 passenger van. We were outgrowing our 12 passenger van, and the air conditioning wasn’t always working the greatest, and so this is such an outrageous blessing. They didn’t have any in stock, and so we got to customize and order a van that should be here in July.”

“He then took us to dinner at Rainforest Café where he paid for another table’s entire meal, not knowing that they were from out of state and here on missions,” the wife added. “ And then he tipped our waitress $1000 after her car broke down today.  And then, when he saw my husband‘s truck that has been without air-conditioning and heat for a while, he took us to a Ford dealership and blessed us with another truck.     He also spent time encouraging us and loving on our children, and speaking life into our family. I am completely lost for words.”

“Somebody wake me up because I must be dreaming,” she concluded.   “Thank you @shaq times a million times!!! You have been such a blessing to us in so many ways.”

Shaquille even took pictures with the Collins clan.

Of course, social media users were curious about how the Texas-based couple ran into the former Laker (randomly or not), and Karissa responded.

The 36-year-old matriarch of the Collins family is a blogger and owner of the Rooted In Christ boutique. An online retailer “dedicated to bringing modest clothing at an affordable price.  Women of all shapes, colors, ages and sizes will love all of these clothes.”

Mandrae is a former professional basketball player who signed with the New York Nationals in 2006. The 38-year-old Collins patriarch currently and ironically works as a manager at a Mercedes Benz dealership in Fort Worth.

In 2021, Karissa caught heat on social media for seemingly fetishizing Black men during an odd 14th-anniversary tribute to her Mandrae.

“I have always had a love for hip hop music and dark skin.” 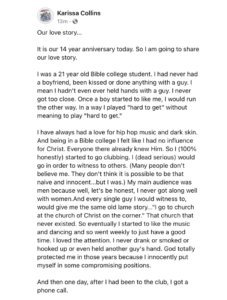 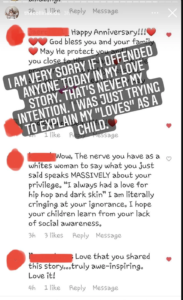 Despite the recipients’ questionable interaction with Shaquille, the baller’s generosity is never in doubt.

Last month at a mall, Shaquille played big bro to seven-year-old Zion Seaton. The gentle giant rolled up on the little boy crying because his father was angry with him.

The unsuspecting boy got the surprise of his life when Shaq asked him what was wrong. The boy’s father had only come to get him a coat, but the youngster also wanted shoes.

Shaq, lovingly, told Zion to hug his dad, and he copped the coat and kicks for the little boy.

Shaq is alright with us!