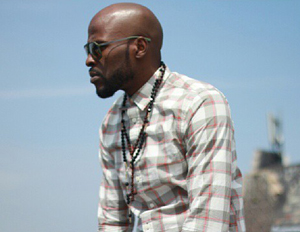 Ikechukwu Onunaku has come full circle. And so has his legacy.

Returning to the United States the summer of 2014 for his first extended visit since he went back to Nigeria to take the music industry by storm, the talented rapper, musician and actor knows he will forever be remembered in his homeland as an African hip-hop leader.

After spending 12 years in the United States as the CEO and president of WFA Media, Ikechukwu Onunaku, made the journey back to Africa in 2006.

“I’d been submerged in America for quite a while, and overwhelmed by the lockout from the entertainment industry in the states. I was always given all kinds of excuses. ‘You’re multi-talented, you got that international sound, you could do this, you could do that, but there was never any real breakthrough.”

He says he knew it in his bones that it was time to go home and bet it all on the fledgling industry.

He tells BlackEnterprise.com, “I was getting a lot of feedback from Nigeria and Africa as a whole, that the modernized music was starting to seep through so there might be an opportunity for breakthrough in Nigeria as far as music and entertainment on the whole. Circa 2005 I made my first trip back to Nigeria in over a decade and I was there for ten days and during that time I kind of analyzed the entire entertainment system with my focus on the music and realized there was a huge opportunity for myself so I came back to the states packed up all my stuff and the rest is history.”

When Onunaku arrived, the Nigerian hip-hop scene was just starting to grow. There were some already established early acts, but the industry hadn’t exploded into the juggernaut that it is today.

After Onunaku had spent six months on the ground, something changed.

“I wouldn’t say my being there was the catalyst that ignited the Hip Hop revolution, but we were both beneficial to each other. I learned from them and they learned from me.”

Onunaku and another Rap phenom, Naeto C (Naetochukwu Chikwe) began putting out singles, filling up mix tapes and attending all the large events to create a fan base and make their presence known. It wasn’t long before they and a couple of other new acts were starting to gain recognition as the new breed of Hip Hop.

Read more about his journey on the next page …