Jason Pratt has no problem taking one (maybe two, sometimes) for the team. “I evaluate beer every day,â€ says the 30-year-old with pride.

Since joining Miller Brewing Co. in 2007 prior to the merger between Miller and Coors, Pratt has provided his scientific expertise in microbiology to support the fermentation process. Pratt maintains the global culture collection housed in Milwaukee (at a frosty -80 degrees Celsius); it is specific strains of that yeast that help give the company’s beers their signature taste, color, and texture. “As funny as it sounds, yeast is one of the most important parts, because if you don’t keep your yeast happy, your beer is not going to come out well,â€ says Pratt. “But we have a ton of process checks that we go through–and we have innovations at each point–to make sure we’ve got the right quality.â€

Pratt is responsible for providing yeast strains to MillerCoors’ international licensees that brew Miller Genuine Draft all around the world in places such as Italy, Australia, and Vietnam. “Developing the yeast is a relatively quick process,â€ he says. “I can pull something out and over the weekend it will grow enough where I can send it out to someone.â€ Samples of those batches are then sent back to Pratt and reviewed by a tasting panel to ensure that both the process and product are consistent and of high quality.

While 60% of his time is spent in the lab, Pratt also trains all new MillerCoors employees in the basics of the frothy beverage through Beer University. In addition to overseeing audits and troubleshooting, he makes sure that the more than 50 microbiologists at the company’s breweries receive training as well.

When he doesn’t have beer (or yeast) on the brain, Pratt’s professional interests gravitate toward cost savings and sustainability, like a project underway that could potentially reduce the reliance of chemical cleaning agents in the breweries. Pratt admits he isn’t reinventing the wheel but rather reinventing its use. “It’s a matter of taking innovations from other industries and applying them to the brewing industry,â€ he says. “Anyone can add standard ingredients: water, malted barley, hops, and then yeast and you get something at the end of it. But it takes a lot of care to be able to do that consistently, over the course of decades, and in different locations, to produce a product that people enjoy.â€ 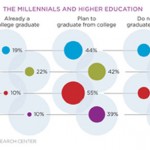