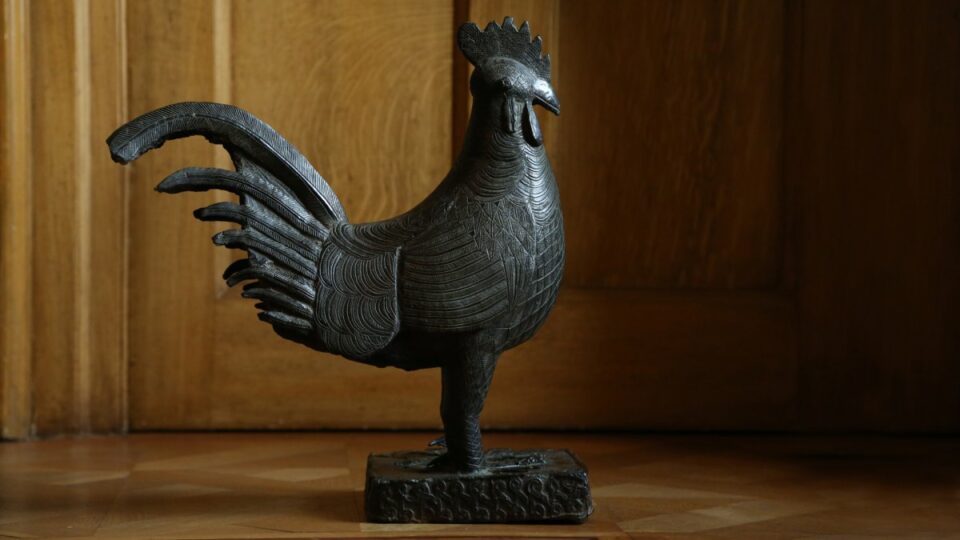 Britain is once again facing its imperialist history as a university held a ceremony to mark the return of ancient artifacts the UK looted from Nigeria.

Last week, Jesus College at the University of Cambridge held a ceremony acknowledging the official return of a bronze statue of a rooster that was stolen during the 1897 British invasion of Benin City. The invasion occurred when  a British force of 1,200 troops under Sir Harry Rawson captured and destroyed Benin City and its royal palace, which was eventually absorbed into Nigeria. The statue was donated to the university in 1905 by the father of a student.

“This is an historic moment,” Sonita Alleyne, Master of Jesus College, said in a statement. “We look forward to welcoming representatives from Nigeria and Benin to the handover ceremony and to celebrating the return of this Bronze.”

The move comes as other countries have put increasing pressure on academic and cultural institutions in Britain and other countries to return stolen artifacts. The British Museum alone has more than 900 Benin bronze artifacts.

The museum is home to a bevy of stolen artifacts from other parts of the world including the Parthenon Sculptures, a collection of marble architectural decoration from the Acropolis in Athens, Greece.

The museum doesn’t appear to have the same stance as Cambridge, telling CNN in a statement that it “understands and recognizes the significance of the issues surrounding the return of objects” and remains committed to “share our collection as widely as possible.”

The British government believes the museum is the right place for the artifacts because it allows the most people to see them and as one of the world’s leading museums, has the facilities necessary for the artifacts upkeep.

However, others feel the British government’s belief that stolen artifacts are best served where they are today, is the exact type of thinking that led Britain to steal another country’s most prized cultural artifacts.

“This logic suggests that Nigeria is a poorer country that in incapable of properly looking after the artifacts that colonialists stole, despite the fact there is a state-of-the-art museum awaiting them in Nigeria. It’s a classic racist argument that Britain is a place of refinement and knows best,” Kehinde Andrews, Professor of Black Studies at Birmingham City University told CNN.

France and Germany have also taken measures to repatriate stolen artifacts from Africa.