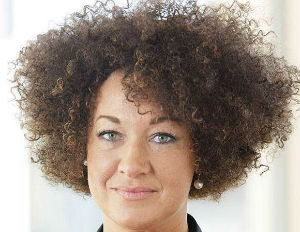 The weekend is never quite long enough, and it seems as though there’s always too much to do. With so many things happening, who can keep up? Don’t sweat it, we’ve got you covered. Here’s a little of what happened, news-wise, this past weekend – in case you missed it.

1. Local NAACP President, Rachel Dolezal, Resigns Amidst Controversy. Last week, a 37-year-old woman from Spokane, Washington, made national headlines after her parents told the media that their daughter, who had been masquerading for the last several years as a black woman, was in fact white.Â Speaking with the Spokesman-Review, Dolezal’s biological mother, Ruthanne Dolezal, said Thursday, by phone from her home in northwestern Montana, that she has had no contact with her daughter in years. She said her daughter began to ‘disguise herself’ in 2006 or 2007, after the family had adopted four African American children, and that Rachel Dolezal had shown an interest in portrait art.

In the same report, Ruthanne Dolezal states that the family’s ancestry is Czech, Swedish, and German. She said the family does have some “faint tracesâ€ of Native American heritage as well. She provided a copy of her daughter’s Montana birth certificate, listing herself and Larry Dolezal as Rachel’s parents.

At the time of her estranged mother’s comments, Rachel Dolezal was the president of the Spokane chapter of the NAACP, as well as a part-time professor of Africana studies at Eastern Washington University. Dolezal was also a prominent civil rights activist in the area, and the chairwoman of the city’s Office of Police Ombudsman Commission. The resulting whirlwind media storm uncovered several past interviews, comments, documents, and pictures of Rachel Dolezal that would lead to further confusion regarding the situation; particularly as members of her family and her peers began to come forward and make statements regarding the state of her mental health.

As of Monday morning, Rachel Dolezal had scheduled a press meeting to make a formal statement, and attempt to clear up any confusion. However, the press meeting was canceled, and within a few hours Rachel posted a statement to the Spokane chapter NAACP Facebook page announcing her resignation, saying – “It is with complete allegiance to the cause of racial and social justice and the NAACP that I step aside from the presidency and pass the baton to my vice president, Naima Quarles-Burnley.â€

2. Chicago High School Student, Arianna Alexander, Accepted to 26 Universities. Social media was flooded this weekend with the story of Chicago high school student, Arianna Alexander. Arianna, who is the valedictorian at the prestigious Kenwood Academy in the city’s Hyde Park neighborhood, was accepted into 26 universities around the nation, six of them in the Ivy League. Additionally, Alexander – who graduated with 5.1 GPA on 4.0 scale – Â received offers for more than $3 million in scholarship money.

Speaking with a local ABC reporter, Arianna said, “[At first] it was a lot to take in. I received emails, letters. It was just like, ‘come here, come here.’ They were bombarding me with all this information.’

Arianna told reporters that her current goal after college is to open four restaurants, and that’s she’s already started working on the menus. It’s a goal that seems highly attainable, given her considerable talent, Â intelligence, and Â discipline. Crediting her father as a huge part of her success so far, she recounts his advice, saying “‘[He told me] work hard, pray on it, and don’t give up. No matter what happens, you did your best.’ Â As of today, Arianna has chosen to study business at the University of Pennsylvania.

Regarding the high priced tuition and the scholarship money that she’s been offered, her dad says, ‘It was a big blessing, because I’ve already put three through college. Now I don’t have to worry too much about her.” Echoing her father’s sentiments, and likely her older siblings, Arianna said, “I feel like it means I can afford college, and I don’t have to worry about it. I feel like that’s an issue for a lot of people my age.”