The Wendy Hilliard Gymnastics Expands to Help a Community in Need 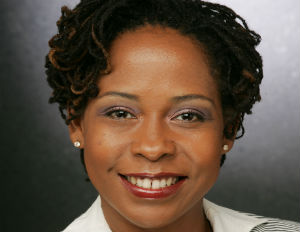 Wendy Hilliard, hall of fame rhythmic gymnast and the founder of the Wendy Hilliard Gymnastics Foundation (WHGF), recently announced her organization’s expansion from Harlem to Detroit, Michigan, where she and her team hope to help a community in need.

The Detroit, native was the first African American to represent the U.S. in international competition, but her historical accomplishments were not achieved without challenge. The lack of diversity in the gymnastics world, coupled with her personal experiences, inspired Hilliard to began a low-cost gymnastics program for urban youth. The program provides inner-city children opportunities to participate in the sport.

After nearly two decades of success, Hilliard is partnering with Architect and Urban Strategist Tom Sherry to open a WHGF facility in Detroit, that will also include community programs for boxing, soccer, basketball, and fencing.

BlackEnterprise.com caught up with Â Hilliard to talk her foundation’s mission and purpose, the racial gap in gymnastics, and her new Detroit, initiative.

BlackEnterprise.com: What is the Wendy Gymnastics Hilliard Foundation and its mission?

Explain the racial-gap in gymnastics, which you’re striving to close, and how filling it will affect the youth and the world of gymnastics?

Especially in recent years, there have been African Americans at the top in international, World and Olympic competition. There has not been a significant increase of participants on the grass root levels —Â primarily because of the cost of training. Most of the top gymnasts are the only, or one of the few, blacks in their gymnastic clubs where they train. That is totally different at the WHGF. Many parents express relief that there is a place for their child to take gymnastics where they do not have to be the only black gymnast. Gabby Douglas talks about this challenge in her book.

What will the new community initiative include?

In addition to after-school gymnastics activities for all ages and levels of gymnastics, the facility will also include community programs for boxing, soccer, basketball, and fencing. More than 400 local youth participate in WHGF programs in New York, every week, and we will strive to reach similar numbers in Detroit, over time. Â In New York, the WHGF has produced gymnasts that compete on a national and international level. I would love to definitely have competitive gymnastics teams in Detroit. My experience as a gymnast in Detroit, made a world of difference. Our team, The Detroit Metro Gymnasts, produced national and international champions and an Olympian. We were travelling worldwide constantly and that gave the City of Detroit pride, and will make a world of difference for the youth of Detroit. Detroit a great sports town and primed to provide opportunities for the youth on non-traditional sports.

What impact do you hope to leave on these communities and how have they been impacted thus far?

The current top contenders for the 2016 Olympics, including Gabby Douglas, Simone Biles and Nia Dennis, are increasing interest in the sport among African American youth. In addition to helping reshape the city of Detroit, [by] providing affordable youth activities, the WHGF wants to ensure that aspiring athletes have an opportunity to succeed in gymnastics, as I did. After the summer 2012 Olympics in London, where then-16-year-old Gabby Douglas made history, becoming the first African American to capture gold in the individual all-around gymnastics competition, there was an immediate impact on the sport’s popularity.

For the first time ever, the WHGF had a long waiting list to enroll in the classes Wendy Hilliard Gymnastics Foundation provides. There is no doubt that the 2016 Olympics will have the same effect. We just returned from taking eight athletes to the National Championships in Tumbling and Trampoline. For our first time at these championships, we came home with 9 National medals, including Gold, Silver and Bronze. I witnessed how much pride this gave my athletes and their families and NYC. That will stay with them always and it is something that they had to earn. That is why sports are so powerful. They traveled to another state (the first time traveling to Texas, for all of the athletes, and first time on a plane for some) they made new friends and saw others that they competed with during the year– and it was very very special.