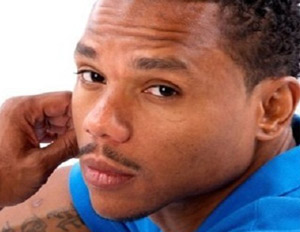 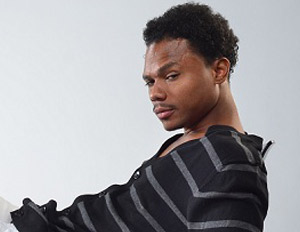 Were you concerned about how your conviction and the amount of time you had to serve would impact your acting career?

I don’t know if it’s something that affected my career because people are still receptive to my talent and my work. People don’t necessarily hold what happened against my talent and my work, and if they do, I don’t know [anything] about it. If I could ever change what happen I would absolutely do that in a minute, in a second, but I know that that’s not a possibility, so I don’t hold it against myself. God hasn’t held it against me either because I feel it in my heart; my heart is free. So if the conviction impacted my career in a negative way I haven’t seen it.

Surprisingly, your first film after being released is a mainstream project that features a long list of big stars. How were you able to bounce back so quickly?

When I was in [prison] it was like I haven’t been eating and then I started starving and when they put a plate out there I went [for] it. When I got out I was ready to go right to running. I was ready to do it. I said I wasn’t going to cry over time that I can’t get back but what matters today is that I go forward. That’s ultimately how I got out, and right away I booked my first audition, which was a mini series. I didn’t get the second audition but I got the third audition, which is Gangster Squad. The film stars Sean Penn, Ryan Gosling, Anthony Mackie, Emma Stone, myself, Josh Brolin and many other great actors. I [was] so focused on the character that when I read for the role I wasn’t even aware that all these actors were in the movie until I got it. And then I was shocked. I was like, This is truly a blessing. It was nice to get that role and get back out there and work with such wonderful people.

What’s your role in Gangster Squad?

My character’s name is Duke Del Red, he was a heroine dealer back in the late 1940’s and this movie takes place in that era. He worked for one of the main guys who was a mafia figure that ran Los Angeles. This is a different character for me and people are going to be blown away by the style. My character goes through all kinds of craziness. It’s fun because it’s not like any of the characters that I played before. There’s action and running and craziness.

What else are you working on to make up for lost time?

I have a clothing line called Cherish Her for women that I’m starting and I’m into music now. I have an album out on iTunes called Real Life that I’m getting wonderful feedback from. I wrote a book about my life story that will be out real soon and I want to have that made into a feature film. I’m also doing a documentary about my life so that I can show my transition from getting back out here into society and back to work so that people can learn. I’m doing what I love–entertainment, acting, directing, fashion… I’m just trying to do it all.