This College Student Started a Fashion Company in Her Dorm Room 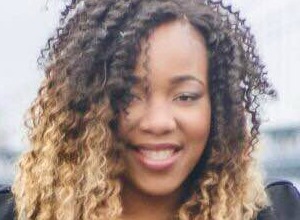 From humble beginnings living in a small village in Nigeria to a college student at Villanova University and CEO ofÂ AtariaNYC,Â Chinasa Gift Nwokocha proves you don’t just sit around waiting for opportunities, you create them. Over the last three years, Nwokocha has juggledÂ life as aÂ college senior with the demands of running her fashion company—all from her dorm room. As if that were not enough, since her freshman year she’s maintainedÂ a 3.5 GPA, holdsÂ leadership positions on campus, successfully increased her company’s online sales at 107.14% and she’sÂ preparing to launch her latest clothing line,Â Unchained, on Â August 5 in New York City.

BlackEnterprise.com caught up with the young boss to learn more aboutÂ her journey.

BlackEnterprise.com: Tell us about the ‘aha’ moment that inspired you to open your own business.

Nwokocha: In November of 2013, I was discussing my amazement about the increasing popularity of emoticons with my boyfriend at the time. I saw a couple of t-shirts that utilized emoticons and I thought it was the coolest thing in the world. I jokingly laughed to him and said that I would start my own clothing brand that utilized emoticons to express popular sayings within my West African culture. At first, I dismissed the idea as a joke, but for the next month the idea kept coming back to me and I began thinking about different cool ways I could turn my idea into reality. Finally, in January I thought to myself, ‘why not?’ I was 18 years old at the time and I realized that I was not going to land an internship as a freshman for that summer, so I figured starting this business would give me so many cool experiences to talk about during future job interviews.

How did you raise the money to launch your business?

I took out credit cards to fund the business, but I strongly advise against this as a primary funding source.Â AtariaNYCÂ was initially named Emoji express, which I launched on my 19th birthday, April 14, 2014.

Initially, I didn’t have a single dime saved to launch my company; I was in school and was not working at the time. Also, culturally, it would have been frowned upon by my parents to ask for money to start a business. For them, I was in school to learn and get my degree and not to digress into anything that would take my focus away from school. After launching my first collection (I was the only person on my team when I first started), I launched a Kickstarter campaign of $15,000. I was only able to only raise $1,250 of that $15,000. After that campaign failed, I got a job later that summer at Forever 21; paychecks from that summer job was fully invested in transforming my brand from just a t-shirt company to a full-fledged clothing brand. That was the summer Emoji Express became Ataria NYC.

Later, I took an entrepreneurship class at Villanova that forced me to run another Kickstarter campaign for a smaller dollar amount, which was successful. Although this campaign was for a smaller dollar amount, I truly know that we were able to succeed at this campaign because our backers were predominately our past customers. Our approach to this campaign was also more specific and targeted. As a result, people responded better to our campaign. Although the campaign was for an entrepreneur class, I was able to keep all the money I raised and it helped further fund my business. It was almost like the world was giving Ataria NYC a second chance.