This Day In History: Freed Black Slaves Set Sail on the 'Mayflower of Liberia' 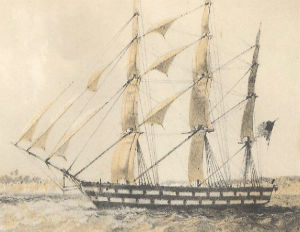 On Feb. 6, 1820, a group of more than 85 free men and women, former slaves in the United States, sailed from New York Harbor to the coast of West Africa. The Mayflower of Liberia was the first organized black emigration to return to Africa, headed to the colony of Sierra Leone, a country that welcomed fugitives and former slaves from America.

[Related: This Day in History: First Black Student Enrolls at University of Alabama]

Paul Cuffee, the sea captain, was also an entrepreneur andÂ regarded as one of the wealthiest black Americans in that time period.

The U.S. Congress granted $100,000 to the American Colonization Society to support their mission and to set sail aboard the “Elizabeth,” also known as the “Mayflower of Liberia.” Upon arrival in March, the colonists reached a small island off the coast of Liberia. Sadly, over the course of the next year, the freedmen suffered, being stricken with malaria. They also faced conflict with the local people, who greeted the newcomers with suspicion. The Mayflower of Liberia brought more than 15,000 former slaves and other Americans of African descent rescued from illegal slave ships to later set sail and join the colony, which was officially named Liberia in 1824. Today, about 5% of Liberia’s population descends from American freedmen and women. In 2006 the first elected female head of state in African history, Ellen Johnson-Sirleaf, took office.