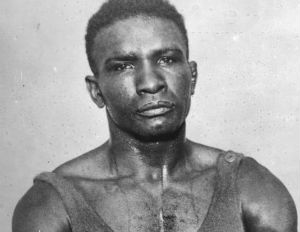 On this day in 1926, Theodore “Tigerâ€ Flowers became the first African American middleweight boxing champion after defeating Harry Greb in Madison Square Garden. Flowers was a religious man who recited passages from Psalm 144 before every match he fought. He even brought the Bible into the ring where he won the title on Feb. 26. Flowers defeated Greb in front of a crowd of 16,311 fans. He was also the first black boxer after Jack Johnson to fight for a world title. Tragically, he died a year later after an operational procedure, ironically similar to the way Greb died.

[Related: This Day In History: NFL Hall of Famer Jim Brown Was Born]

The pro boxer was born in Camilla, Georgia, in 1895 and began boxing at the early age of 18. He started his professional career at the age of 23. He was inducted into the International Boxing Hall of Fame in 1993 in recognition of his life and boxing legacy.