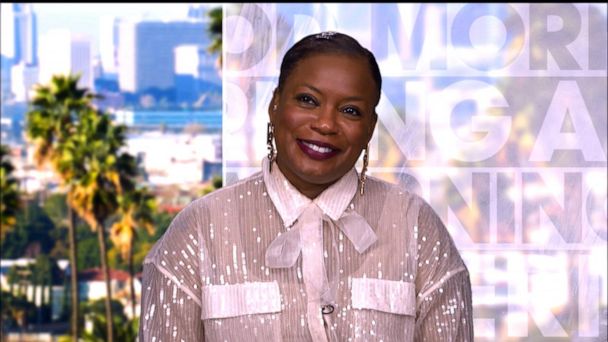 Ellis, who was born in San Francisco but raised in Mississippi, earned a Best Supporting Actress nomination for her role as Oracene Price, the mother of Venus and Serena Williams, in the award-winning drama. Its her first Oscar nomination.

Ahead of the star-studded Oscars ceremony, Ellis told Good Morning America Monday that she is making a special request to her dress designer.

“Whoever I’m wearing, I’m just insisting that my mother’s name be somewhere on the dress,” Ellis, 53, said. “She left me a couple years ago and I want her with me that night in some sort of way.”

The 94th annual Academy Awards will take place at the Dolby Theatre in Hollywood on March 27 and  broadcast live on ABC.

Honoring her mother on Oscars night, coupled with a chance to win the prestigious award, will hold a valuable place in Ellis’ career

“I didn’t see it coming. I knew that a lot of people wanted it for me, my family and my agent, to be honest,” Ellis said about the Oscar nomination while on the red carpet at the AAFCA awards, theGrio reported. “So for that reason, I’m just really happy that it happened.”

For her role in King Richard, Ellis has also received nominations from the Critics Choice Awards, Golden Globes, and British Academy Film Awards (BAFTA). She started the season with the National Board of Review prize for supporting actress, according to Variety. More recently, she took home best supporting actress from the African-American Film Critics Association (AAFCA).

A two-time Emmy nominee for Netflix’s 2019  limited series When They See Us and HBO’s Lovecraft Country, Ellis was the only Black cast member to be nominated from a series among the major categories