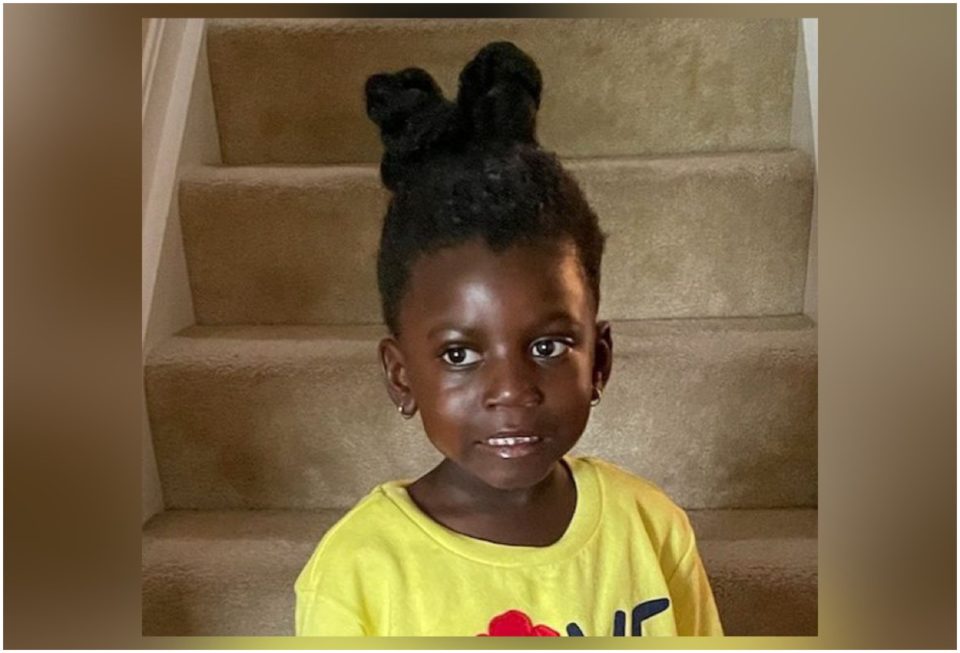 The search for a 4-year-old girl who went missing in Ohio has come to a tragic end.

Dive teams found the body of Emrie Schandorf-Woode in a pond in near her home in Warren County.

According to Hamilton Township Police Chief Scott Hughes, Emrie went missing on Sunday. She liked to go to the pond to feed the fish, he said.

“Our worst fears came true,” the chief said, fighting back tears at times as he announced the heartbreaking development. “This sucks. This just sucks. She was four years old.”

“I’ve been in this job for a long time and this is, without a doubt, the most tragic press conference I’ve ever done,” Hughes added in a press briefing shared on their Facebook page.

Video footage captured by a ring camera showed Emrie was last seen about noon, barefoot and going down her driveway.

Multiple agencies responded to assist and help find the child. Authorities are not sure yet how exactly how she died, if she drowned and/or was playing on the rocks and slipped and fell, the chief said.

“We gotta keep the family in our thoughts and prayers because you can imagine, those of you that have kids, I have kids about that age, and it sucks,” he said.

One social media user responded to the tragedy,  “Emrie was at my son’s daycare. There was not a single day that she did not approach me to say hello. No other child did that. She was just the sweetest child you could imagine. And for her to be taken like this (broken heart emoji), I can’t imagine what the family has to go through.”

It is with the deepest sadness that we share the tragic news of the death of one of our young Panthers, Emrie Schandorf-Woode. Our thoughts & heartfelt condolences are with the Shandorf-Woode family & friends during this time. Panther Nation let us come together & lift them up. pic.twitter.com/Yf64m7yhX6

Information about funeral plans for the 4-year-old have not yet been released.