Thousands Of Service Members Are Declining The Coronavirus Vaccine 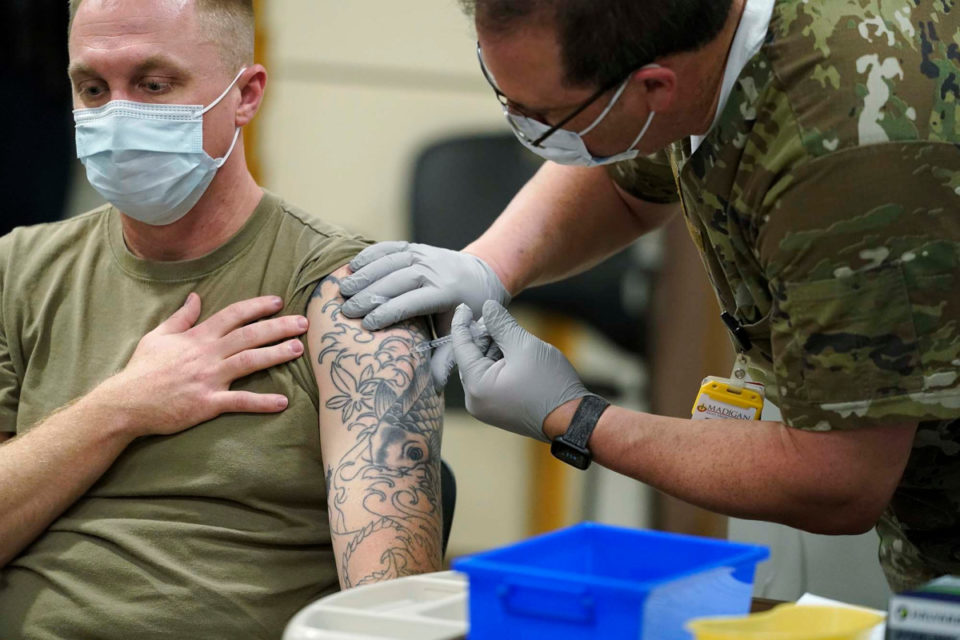 Thousands of U.S. service members are turning down or delaying taking the coronavirus vaccine and commanders are scrambling to find ways to convince them to take it.

According to Fox News, just one-third of some Army units have agreed to take the vaccine. The number of service members taking the vaccine is concerning considering they work and rest in environments where face masks and social distancing ranges from difficult to impossible. Air Force General Jeff Taliaferro, vice director for the Joint Staff said that up to 66% of service members have accepted the vaccine.

The lack of acceptance by service members comes at the same time military members have been deployed across the country to administer the vaccine.

“We’re still struggling with what is the messaging and how do we influence people to opt in for the vaccine,” Brig. Gen. Edward Bailey said, according to NBC News.

However military officials have found one method that has led to more officers taking the vaccine: an upcoming deployment. Navy sailors heading out to sea have taken the vaccine at a rate above 80%.

Defense Department officials have said the vaccine will remain voluntary while it’s under emergency-use authorization by the Food and Drug Administration, which could take two years or longer. Service members are required to take a host of immunization shots related to influenza, measles, mumps, polio, yellow fever, and other illnesses.