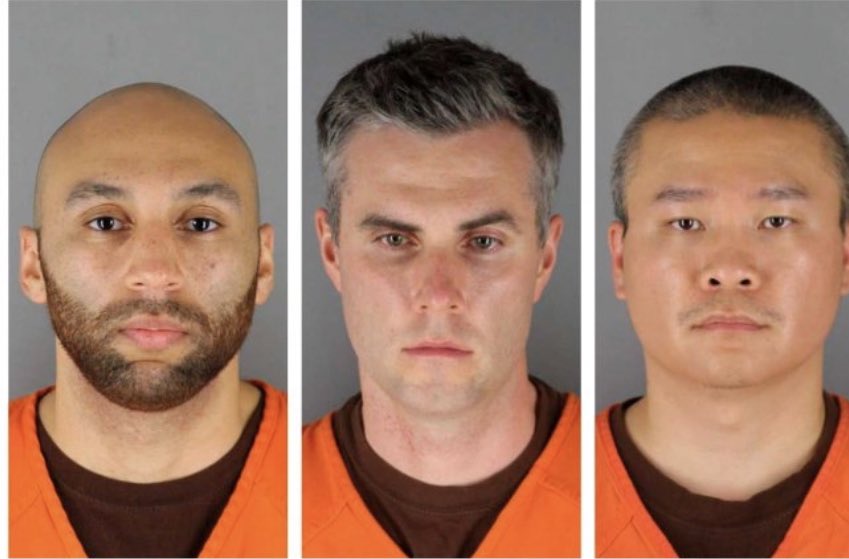 The three Minneapolis police officers who stood by as Derek Chauvin killed George Floyd were found guilty of violating his civil rights.

The jury also found Thao and Kueng guilty of failing to intervene to stop Chauvin. Lane did not face that charge, testifying that he twice tried to reposition Floyd while Chauvin was on him but was denied.

According to the Justice Department, violating someone’s civil right can be “is punishable by a range of imprisonment up to a life term, or the death penalty,” depending on the crime and resulting deaths, if any.

It’s unlikely the three former cops will receive a life sentence, but it’s unclear what sentence they are facing.

All three men are currently free on bond, and pre-sentencing proceedings will likely begin next week.

Floyd’s brother said in a news conference that the guilty verdict isn’t justice because it doesn’t bring his brother back.

“This is just accountability, it can never be justice because I can never get George back.”

Attorney Ben Crump, who has represented the families of several victims of police violence, including Breonna Taylor and Rayshard Brooks, said the verdict was an example that police must change how they interact with Black Americans.

“Today closes another important chapter in our journey for justice for George Floyd and his family,” the Floyd legal team, including attorney Ben Crump, said in a statement after the verdict on Thursday. They added that the verdicts should serve as an example of why police departments “should expand and prioritize instruction on an officer’s duty to intervene and recognize when a fellow officer is using excessive force.”

Chauvin was convicted of murder and manslaughter and is serving more than 20 years in prison. The three officers will appear in court again later this summer to face state charges of aiding and abetting in Floyd’s death.