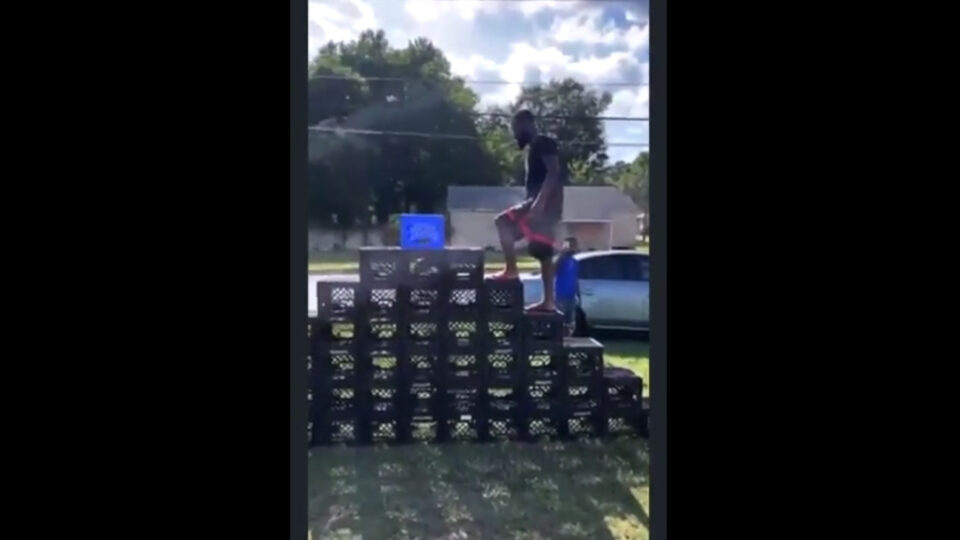 A young man doing the #CrateChallenge was shot at as he tried to complete the hurdle of climbing stacked crates and descending without toppling over.

According to Newsweek, during the challenge being filmed in Shreveport, LA, three people were killed in a drive-by shooting. On a viral video, you can hear gunshots being fired in the background as someone is filming the stunt.

THIS JUST IN 🚨 A shocking Milk Crate Challenge ended in a shootout! 😧 It is not yet clear if anyone was shot or why they were shooting.. pic.twitter.com/iIBsXlxEd1

The harrowing incident took place over the weekend on August 22. The men were filming the challenge outside of the Linwood Public Charter School. KSLA News 12 initially reported that two people were shot outside the school at 5:36 p.m. Police were called later to the Circle K on East 70th Street at Gilbert Drive where another shooting victim, a woman, was found dead in the back seat of a car at 6:11 p.m.

A police official reported that one person had said he had tried to drive away after the shooting but then stopped when realizing the woman in the car had died.

TikTok has been extremely popular due to the trends being discovered on the app as well as the many challenges that go viral.

The latest #CrateChallenge trend has daredevils stacking a number of crates in a staircase-like pattern. The challenge is to rise to the top and then come down.. Due to the light weight of the crates, it’s difficult to descend from the crates without falling over.

One fun trend coincided with a tragic one. According to Newsweek, the most recent statistics available in June 2021 there were 45 homicides in Shreveport so far, a 96 percent increase on the previous year.