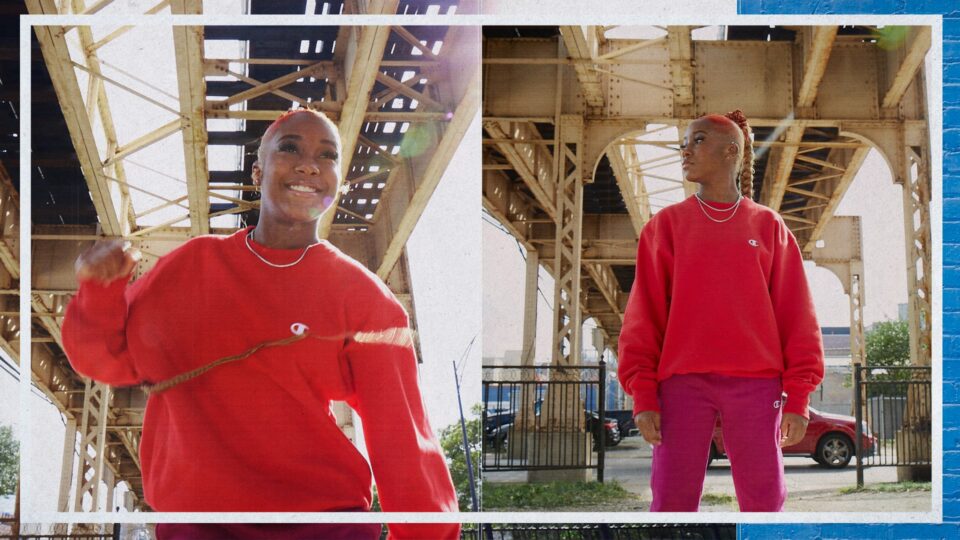 The “Renegade” dance creator Jalaiah Harmon is getting the recognition and endorsement deals she deserves in Champion’s latest ad campaign.

The athleisure brand tapped Harmon to remix her famous “Renegade” dance in honor of Champion’s Reverse Weave Week. The week celebrates the anniversary of the Reverse Weave patent on October 14, 1952.

Harmon took center stage in the commercial and showed off her dance and choreography skills. With nearly 3 million TikTok followers and one of the biggest TikTok dance crazes under her belt, the 15-year-old influencer is emerging back into the spotlight.

The Fayetteville, Ga native made waves two years ago when she uploaded a self-taught dance video to K Camp’s “Lottery” to Instagram, Teen Vogue reports. After posting the video, TikTok stars like Global Jones and Charli D’Amelio shared their own renditions of the dance, turning it into a viral sensation.

Even stars like Lizzo and Alex Rodgriguez got in on the fun sharing their own versions of the “Renegade Challenge.” But the one main thing missing in the renditions was a shoutout to the Black girl who created the dance.

Earlier this year, Black TikTok dancers were put on the forefront when they launched a strike refusing to perform dances to any popular songs out of protest against the white TikTok influencers who were gaining notoriety off them.

Now with Champion’s latest campaign starring Harmon, they’re working to be a part of the solution in giving Black TikTok influencers the credit and recognition they deserve.

In the ad, Harmon sports Champion’s historical “Reverse Reverse” sweatshirt and sweatpants that the apparel company patented nearly 60 years ago. In celebration of the new campaign, people can post their rendition of the Reverse Renegade on Instagram Reels or TikTok for a chance to win an exclusive set.

Just use the hashtag #ReverseRenegade, and tag/follow Champion on TikTok and Instagram. All winners will be chosen at random by midnight PST on October 19.