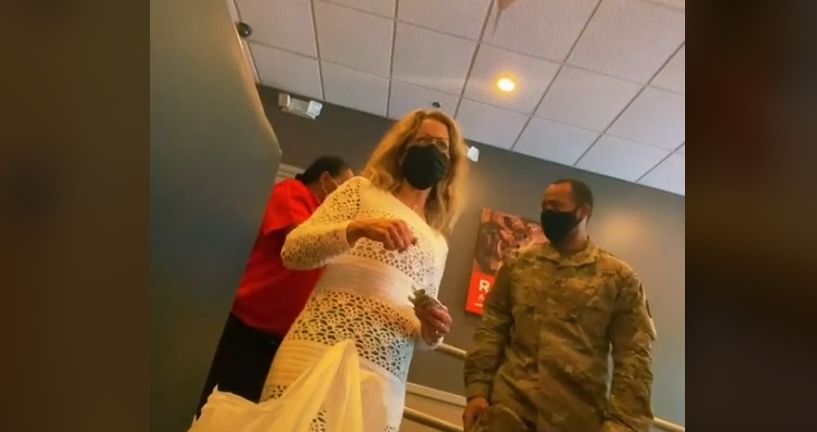 Last week, there were video clips posted to social media platform TikTok that showed a white woman harassing some Black soldiers at an IHOP restaurant in Virginia.

According to The Army Times, the incident took place last Monday at an IHOP (International House of Pancakes) when a white woman appeared at a table that seated several Black soldiers, sat down, and started bothering them as she called them “s***bags. The confrontation was shared on the TikTok platform.

One of the soldiers asked her to “please walk away” after she gets in the face of another soldier as she continued to call them names. The soldier then asks her to leave and he had to step into another booth as she was blocking him in where he was seated.

As other customers intervened to get rid of the woman, she started to cause issues with some of the other patrons at IHOP as she continued to make a spectacle of herself during her mini tirade. As an Air Force vet steps in to assist, the belligerent woman threatens the man as he comes to the defense of the soldiers.

In the third clip from the disturbing incident, the harassment from the white woman was shown at a different angle.