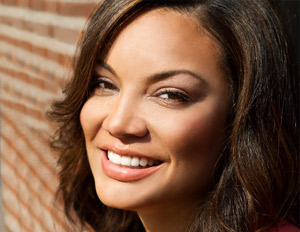 Few urban radio personalities have managed the double duty of holding down their spot on the dial while also branching out into television–butÂ Egypt Sherrod is a notable exception.

Currently, the former New York City Power 105.1 morning show host headsÂ On Air with Egypt, a hit midday show on Atlanta’s top-rated radio station V103. And the married mother of one is also enjoying her fourth season as the host of HGTV’s long-runningÂ Property Virgins, which caters toÂ first-time homebuyers.

The Philadelphia native–a fixture on the radio waves for almost two decades–launched her career in her hometown at just 19 years old and has never looked back.