Duane and Tisha Campbell Martin: From Acting to Opening a Restaurant 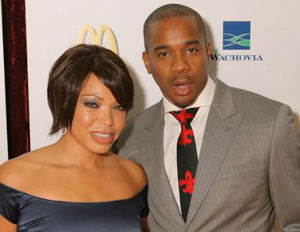 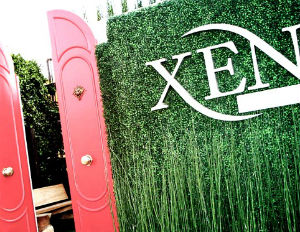 Not every married couple can work together, but Duane and Tisha Campbell Martin manage to balance family and career like pros.

Since exchanging vows 16 years ago, the Martin’s have slowly been building an empire that they will pass on to their sons, Xen, 11, and Ezekial, 3.

Although both actors have enjoyed big and small-screen success – they recognize the importance of building wealth as a team – and recently opened their restaurant lounge, Xen, in the San Fernando Valley, which has quickly become a hotspot not only for their celebrity friends but locals.

Blackenterprise.com caught up with the pair to discuss how they are sating appetites, filing voids and the real-deal behind their legal woes.

BlackEnterprise.com: So you two are officially restaurateurs with the opening of Xen. What kind of ambiance can patrons expect?

Duane Martin: Grown and sexy. We had a soft launch open for those in the community because I wanted them to know that this is their restaurant and not exclusive to [celebrities]. We purchased the building in 2005 and knew it was a great location, but for a long time ddn’t know what we’d do with it. It’s situated across from the Ampitheater, it’s two exits from Hollywood, the Metro is across the street; there are Beverly Hills type bars in The Valley. As far as the menu goes, it’s simple and crafty feel-good food.

Tisha Campbell Martin: (Laughs) We stole the sous chef from another restaurant because he’s so amazing. This restaurant is what we call New American food – a little more upscale fusion cuisine with tastes of all these different cultures. Everything from organic turkey burgers to clams.

What was your son’s reaction when he learned you’d named it after him?

Duane: We didn’t tell him right away, but I remember the day I did tell him and said you know we have a restaurant now. He said, “We do?” and I said yes you know what it’s called? Xen.”

Tisha: If you could have seen the look in his eyes. It was like, “Really? That’s me dad?” and he just hugged Duane. He was so happy. Now he can’t stop telling everyone he has a restaurant! (Laughs.)

So are you both working there everyday?

Duane: I am, but Tisha … she comes by to eat and socialize.

Tisha: (Laughs) Well I’m busy taking care of the kids and when I do come I host a little bit.

Duane: While she’s waiting for her food.

Tisha: (Laughs) Well you know…a girl’s got to eat.

Did you two contribute ideas for the menu?

Duane: Yes, I have my one little invention.We have two desserts because we simply weren’t interested in having a restaurant with too many desserts on menu. Our aim was to have a few small entrees and do them well, and a couple of deserts.

My idea for one of the desserts was inspired by the bread pudding with caramel sauce that Denzel {Washington} and I used to order at this popular restaurant in Studio City where we’d hang out and talk about this. So I came up with a red velvet bread pudding. Many people love red velvet cake and all it is is food coloring. We puree raspberries and lemons to add the coloring to the bread pudding and it’s a hit.

Tisha: I came up with the macaroni ‘n’ cheese cupcakes after having it at a friend’s picnic, and I told our chef that he had to add them. He was reluctant but now it’s one of the most popular items on the menu.

Sounds yummy. During a time when the real estate market has plummeted, why risk opening a restaurant?

Duane: A lot of times when restaurants fail it’s for different reasons. It could be that it’s in a bad location, under funded, so again, there are so many variables as to why one’s business might not be successful.

Another thing is that when you’re trying to be a fast second or fifth then you jump off a roof, but if you go into a situation and you hear enough of your friends say, “You know what we need…” or “You know what I wish we had…”, that’s a real thing and a real need that can be supplied.

Tisha: Well, starting any new business can be risky, but we always like to believe we’re filling a void.

What void does Xen fill for the community?

Duane: There’s nothing like it in L.A. It’s a restaurant, lounge and club. It has a side patio with cabanas, couches and tv’s. People hang out while a deejay plays soft sexy music. Inside there’s a seven-foot Buddha where you can’t hear the music in the front and you’re able to enjoy an entirely different experience.

Tisha: It’s become a hotspot in the short time we’ve opened. We have different theme nights and even our friends who rarely come out stop by to enjoy themselves. 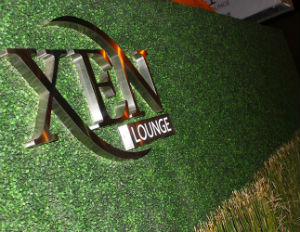 Because of the locale, are you garnering business from studios who want to use it for movies or TV shows?

Duane: Yes, we have. At least six shows including Bobby Brown’s new show are interested in shooting in or around the restaurant.

Honestly, we’re not looking for it to be that kind of restaurant to garner publicity for us. We’re not interested in being trendy because trends fizzle out. We’re looking to be here 20 to 30 years from now.

Tisha: We let Holly Robinson Peete who’s a longtime friend of ours use it for a show she’s shooting herself.

What is the one guiding business principle you abide by?

Duane: Anything we invest in is a lifestyle brand. We gravitate toward real estate, clothing and sports entertainment. Those are the things we enjoy and if it is something that is already done that we’re interested in doing, we ask ourselves, How do we change the experience?

Tisha: We love to fill voids. We like to be innovative but always ask ourselves, Does it fill a void? before we jump into it. The most important thing we try to figure out is how do we make it better? And when you improve upon things it changes the experience without shocking anybody’s regular flow.

Smart approach. Let’s switch gears a bit, recently you were sued by City National Bank. What’s the story behind that?

Duane: When the [real estate market] crash happened, City National received $400 million to assist their clients with their mortgages. We had a lake home and we said to them, “Hey guys why don’t you modify our loan?” They said, “Send us a hardship letter.”

I refused because that would be a lie and a federal offense. By definition, we are not a hardship so we can’t do that. Then they said, “Send us your tax returns or sorry we can’t help you.” I was angry and said, “We’ve been banking with you for 20 years and you can’t assist us? The money you received is on behalf of your clients and for the last two decades we have been. Then I requested that they send us a list of who they’re helping. They refused. We know that City National only loans in Beverly Hills. So they threatened us and said, “We’ll foreclose on you. You’re in the public eye and you don’t want the bad press.” I said, “I don’t care take the house because you’re wrong. That’s free money you got on our behalf as one of your clients.”

So they foreclosed on us and slipped the info to TMZ. So we said we’re going to sue them back for discrimination and there might be a class action suit that follows. We’re not going to be bullied by a bank.

Tisha: We have to fight back because it’s a bigger issue than just us.

What is the bigger issue?

Duane: [As black people] especially athletes and entertainers, we spend so much money through the banks and allow the business manager to handle everything. He’s the one that is leveraging, but we don’t leverage our relationships with our banks. We have to establish a real relationship with a bank and not go through the business manager. Even when you watch [the movie] Scarface, the banker went to his house!

So how do we educate our communities?

Duane: I’m actually working with Maxine Waters on this. Four years ago before the market crash, I held a seminar to educate a lot of athletes and entertainers to encourage them to go with a bank that is going to reinvest back into our communities and build barbershops and other businesses and not put it back in Beverly Hills to open another [posh] restaurant. Some listened, others didn’t and a lot of my friends lost a lot or everything. It really hurt so I can only try to continue to do my part in educating as many folks as I can, but we have to educate ourselves. Do the research. Protect yourself.

Indeed. Before you go where can folks see you next?

Duane: I’m doing “Real House Husbands” which we call an unreality show because we’re spoofing reality. We’re spoofing ourselves about things that we actually have going on. We’ll spoof Nick Cannon on the show by saying he’s on an allowance that he gets from his wife Mimi [Mariah Carey]. Tisha is supporting me because I have no work and Nicole [Ari Parker] is supporting her husband Boris [Kodjoe]. So everybody cracks on everyone and we’ll take what we know about us as couples and make it comedy.

Tisha: I just finished shooting an episode of “Private Practice.” I will appear on “House Husbands.”

And I’ve been doing a lot of motivational speaking all over the country. Talking about autism and family as well as female empowerment through Colored My Mind (CMM). It’s founded by myself and four other ladies [Tammy McCrary, Shannon Nash, LaDonna Hughley and Donna Hunter]. We did a documentary with the same name called Colored My Mind (coloredmymind.com) about five mothers (including myself) who share their personal experiences with raising autistic children to educate, enlighten, empower and encourage other parents with autistic children especially in the African-American community. A lobbyist saw the trailer and has invited us to speak to Congress about the organization. And I’m excited about getting the word out for a good cause.