The Buffalo Tops Supermarket Is Officially Set To Reopen This Week 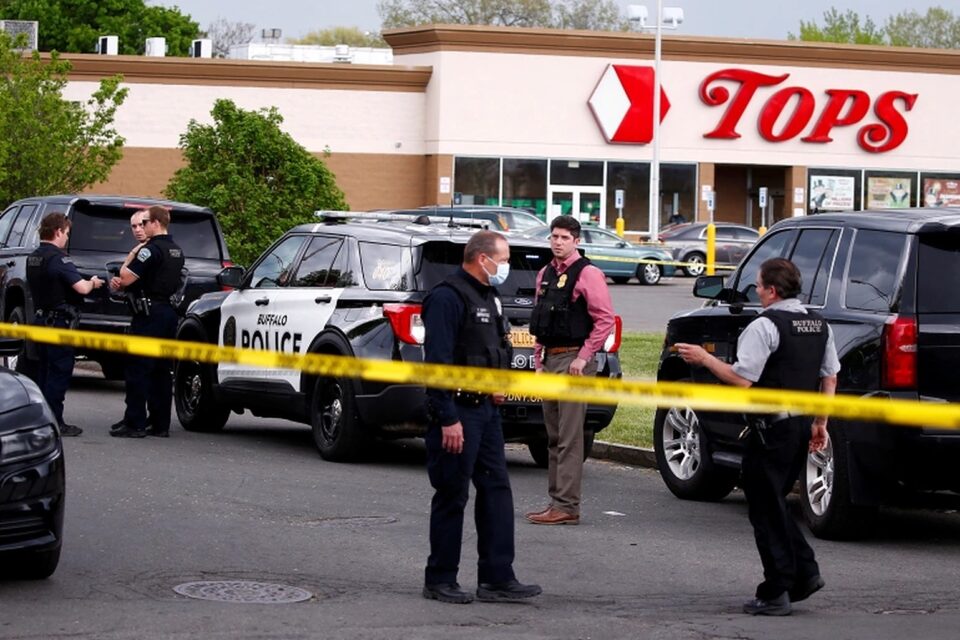 The Tops Supermarket store in Buffalo, New York, where 10 people were killed in May by a white supremacist, is set to officially reopen this week.

NPR reports company officials are planning to hold a gathering that will include a moment of silence and prayer the day before the stores’ reopening on Friday to honor the 10 victims and employees impacted by the mass shooting.

Representatives of Tops Friendly Markets joined community members, local politicians, and other guests will be in attendance for the ceremony before the store reopens Friday. According to supermarket and city officials, the supermarket has been remodeled and will “quietly and respectfully” reopen Friday.

Tops Friendly Markets President John Persons told Buffalo station WKBW that the store’s equipment and products were emptied out, and the supermarket will be reopened with a new look and feel.

“Our effort has been towards trying to reopen the store as soon as possible, and we will do it in a respectful way. We will do it properly,” Persons told reporters.

Tops officials initially did not give a date for the store’s reopening due to the ongoing investigation and not knowing the exact condition of the store. The company also wanted to provide employees and the community time to grieve. Persons also added that employees who no longer feel comfortable working at the Buffalo location would have the option to be transferred to a different store.

The Tops Supermarket in Buffalo opened on the city’s East Side, a majority-Black neighborhood, where the store is more than a supermarket for many.

“I remember it was a big deal,” Buffalo resident Tommy McClam told NPR. “It was the village watering hole. It was more than just a Tops grocery store. It was a lot bigger than that for that community.”