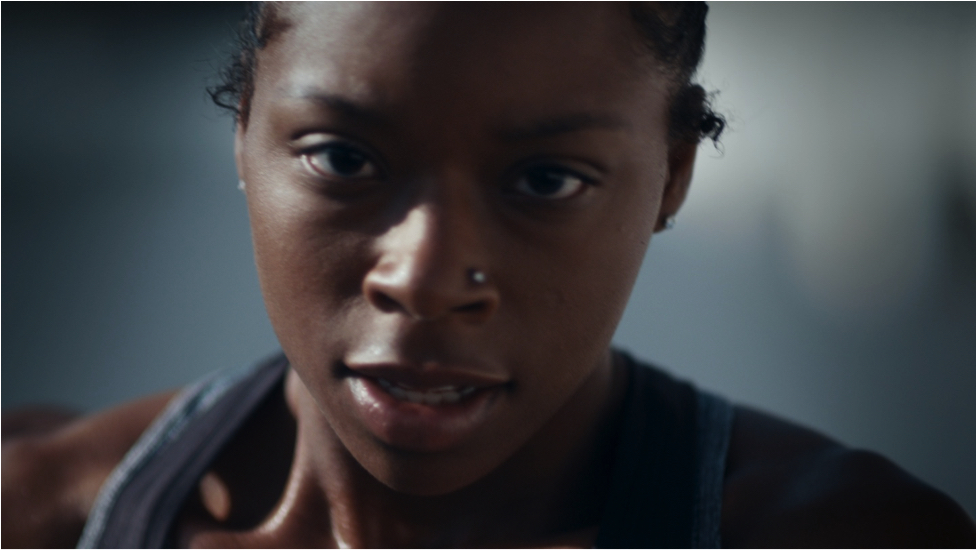 Antoinette “Toni” Harris is redefining the game of football. The 22-year-old student received a full athletic scholarship to attend East Los Angeles College, making her the first female to play a non-kicker position on any collegiate football team. She is also the first and only female to be offered a full scholarship as a nonspecialist on defense. Her greatest aspiration, however, is to play in the NFL, but she’s already landed a spot in Super Bowl LIII.

Toyota announced Tuesday that Harris is starring in their all-new 2019 RAV4 HV (RAV4 Hybrid) ad, which will air during Sunday’s big game. As a result, Harris’s story of trials and triumphs on her quest to become the first female pro-footballer will be shared during the most-watched event on television.

In the commercial, Harris is seen bench pressing and flipping a tire. The ad also gives a glimpse of her upbringing in Detroit as well as the challenges she’s faced playing in the male-dominated sport. “They said she was too small, they said she was too slow, too weak. They said she’d never get to the next level, never inspire a new generation, never get a football scholarship,” says sportscaster Jim Nantz in a voiceover.

“It’s a big blessing to be a part of something so big with Toyota,” Harris told BLACK ENTERPRISE. She added that she is looking forward to the opportunity for more “coaches to see my potential and possibly try to offer more scholarships.” According to USA Today, she already has four scholarship offers from Adams State University, Bethany College, Graceland University, and Kentucky Christian University.

Toyota contracted Burrell Communications, a black-owned ad agency, to help create their Super Bowl spot, along with additional support from Saatchi & Saatchi and Zenith Media. Lewis Williams, Burrell’s Chief Creative Officer, says Harris is perfect for the ad because the RAV4 Hybrid is comparable to her own journey.

“What an incredible story she has. From a pretty tough childhood in Detroit, to…[the] boys [who] wouldn’t let her play. Coaches wouldn’t let her play – not believing in her.” Likewise, he said the crossover sports utility vehicle is also underestimated by many: “I thought it would be a great idea to parallel those two stories.”

Toyota also tapped legendary director Joe Pytka, who has directed more than 80 Super Bowl commercials, for the ad. “Toni’s story and the Toyota RAV4 HV narrative complement each other nicely, and it was a true pleasure to feature them,” he said.