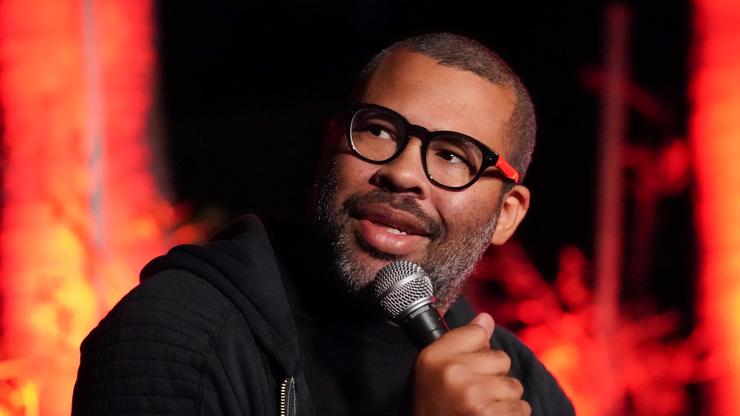 Comedian and Oscar-winning director Jordan Peele has made his mark with the hugely popular thrillers Get Out and Us, which have already become cult classics.

But they say with great success comes some form of imitation and people online are calling out a movie titled “Karen” that many are saying is a carbon copy of Peele’s movies but with a little flip of the script.

“Karen” stars “Orange Is the New Black” alum Taryn Manning as a racist white woman who makes sure she does what she has to do to terrorize her new Black neighbors.

By the way, the name “Karen” is the moniker given to white women who go out of their way to harass a Black person (or any person of color). As noted in wide-ranging news events, a Karen usually tells lies to anyone, including law enforcement, property owners, and basically anyone in a position of power in order to get a Black person punished.

The reactions to the trailer have left many making comparisons to the two movies Jordan Peele has already directed, “Get Out” and “Us.” It didn’t take long for Jordan Peele to be a trending topic on Twitter.

What Jordan peele “get out” snl skit nonsense is this?? No one asked for a movie about a murderous Karen pic.twitter.com/ILYGmsvJZ6

That “Karen” movie trailer reminded me more of “Lakeview Terrace with a splash of Jordan Peele in it. pic.twitter.com/ipkepNrtpy

The trailer for Karen honestly REALLY makes me appreciate how much of a master Jordan Peele is as a writer and a director. Get Out was such a skillfully written thriller piece that balanced the political theme and horror and comedy so well. It’s simply just an A+ script. https://t.co/ctmjJilBVP

WAAAAAIT. The whole MOVIE is called “Karen”? Is this a Jordan Peele movie parody? Like “Scary Movie”?

Just saw that “Karen” trailer & the film’s content just doesn’t settle right with me. Ppl in HWood are trying too hard to come up with Jordan Peele “Get Out” variations/knock-offs. Peele’s films have taste & tact. Just seems like a cheap imitation.

Do y’all really not see The “Karen” movie is like a parody movie. IT’S BEING RELEASED ON BET like it’s ripping off Jordan Peele on purpose. This isn’t going for an award contender it’s just a BET Y’all blowing up this movie like it’s an actual Hollywood movie tf.#jordanpeele pic.twitter.com/D2jafSjwNW