Trap Karaoke: More Than A Party, It's A Movement 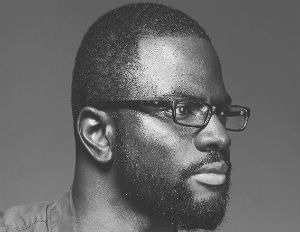 By now, you’ve probably heard about Trap Karaoke, the cultural phenomenon that’s making waves across the country. And there’s one man who you can credit to the marketing excellence behind the brand: Jason Mowatt. As one of the masterminds behind Washington, D.C.’s music festival, Trillectro, it seems that whatever Mowatt touches becomes gold. And that, in fact, has proven true for his latest venture, Trap Karaoke.

So what is Trap Karaoke? Well, it is a full concert environment where the participants get to be Future, Drake, Migos or any “trap” record for 4-5 minutes of their life. Trap Karaoke-goers prepare and perform these karaoke hits, and they take it very seriously. We spoke with Jason Mowatt to learn more about the inception of Trap Karaoke, his goals for the future and how he’s built the foundation for a very successful brand.

Black Enterprise: How did you come up with the idea for Trap Karaoke?

Jason Mowatt: It started out as a joke, with a friend of mine. It was around the time Future released Dirty Sprite 2. I had a friend that’s the biggest future fan ever (and part of the Future Hive) and I was telling him about karaoke and how hilarious it would be if people were doing Future’s March Madness. It started as a joke, and it’s kind of taken on a life of its own. It’s not your typical karaoke bar experience. This is like a real concert experience. You’re really on stage, there’s really lighting and there’s a performance aspect to it.

We’ve evolved into a culture that is interested in themed events, rather than just hitting the club. Do you see a growing future for this?

For Trap Karaoke, I never saw us as party promoters, I see us as community organizers. One of the reasons we’re launching this national tour is because you can create community anywhere. A big part of us announcing all these secondary markets is to bring people together, with all the craziness going on in the world right now, especially with police brutality, etc. To me, that means we’re doing something more than just a party. It’s a community that brings people together.

What’s your business model to grow the Trap Karaoke brand?

Revenue from ticket sales, partnerships and sponsorships. It’s definitely a self-sustaining business, and there’s a really awesome opportunity to bring the Trap Karaoke to different cities and different formats, and we’ll go from there.

Do you think that your background working with Trillectro, and being within the events industry has proven to help you with your current success?

With this idea that came to me, I knew specifically how I wanted to market it and what brands I wanted to partner with. I’m very passionate about it, and what I see people doing now is getting too caught up in strategy and big data marketing. But at the root of all of it, is to ask: how can you make people feel something? I think one of the key insights around Trap Karaoke is that we [are] understanding how culture is changing. The idea of it was to create a user generated concert, where they can do it live in front of a crowd of people. I’ve been really happy to see how quickly it caught on.