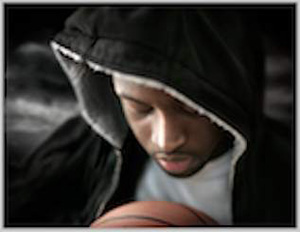 In honor of Trayvon Martin, Dwyane Wade posted a picture of himself on Twitter sporting a black hoodie (Image: Dwyane Wade, Twitter)

The Trayvon Martin case has captured the nation’s attention in recent weeks.Â  It’s clear that Trayvon was an unarmed 17-year old African-American male from Sanford, Florida who was walking back from a 7-Eleven store with a bag of Skittles and Arizona Iced Tea.

For almost 3 weeks, this story lay dormant on the social media front; there wasn’t a sign of Trayvon on Twitter until March 17.Â  Then, all of a sudden, you began to feel a groundswell as the masses started leveraging the power of new media with undeniable plans to turn the wheels of justice.Â  Without social media helping to bring awareness to this issue and give concerned citizens a voice, this case might have remained just a local tragedy.Â  However, the viral nature of social media has created an indomitable digital uprising.

An Inside Look at Trayvon’s Social Media Influence

The timeline, which focuses on the first 30 days, shows how things played out online:

Mar 23, 2012: @DwyaneWade posts a picture of himself with a black hoodie

March 28, 2012 The online petition is signed by 2.1 million people within a 3 week timeframe, becoming the fastest growing petition in Internet history.

A Facebook fan page, created by Global Grind, was formed in memory of the slain teenager. It now has over 165K “Likes.â€ Also, various hashtags were designed to create a steady stream of findable tweets surrounding the tragic case. Â Popular hashtags include #IamTrayvon, #WeAreTrayvon, #TrayvonMartin, #Justice4Trayvon and #JusticeforTrayvon.

Celebrities and everyday people using social media to assist in the larger movement is a great example of social good (with a tech twist, of course). Prominent individuals such as Spike Lee, Donald Trump and Wyclef showed their support via their social media platforms. As for television personalities, TV One’s Roland Martin was very influential in bringing the issue to a mainstream audience. It was those efforts that brought people to Change.org, where over 2 million people signed the petition seeking the arrest of George Zimmerman.

Social media has the ability to ignite change and bring awareness to injustices within and beyond national borders.Â  Without this man-made digital megaphone, this would be just another case and Trayvon would probably be yet another untold story.

If you are aware of any rallies, marches or other local events held in honor of Trayvon, please feel free to share them in our comment section.