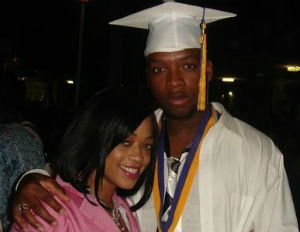 Rapper Trina’s brother, William “Gonk” Bain, was gunned down in Miami in broad daylight by a “friend,”according to reports.

The incident took place at 9:35 A.M, according to the Miami Dade police department. Bain, who was only 19, reportedly got into a confrontation with 27 year-old Ron Dobson. Dobson was later arrested and charged with second degree murder. According to an arrest affidavit, Dobson had confessed to being involved in the shooting.

Neighbors describe the two as being friends. Mutual friends of the pair believe that a fight got out of hand leading to Bain’s death.