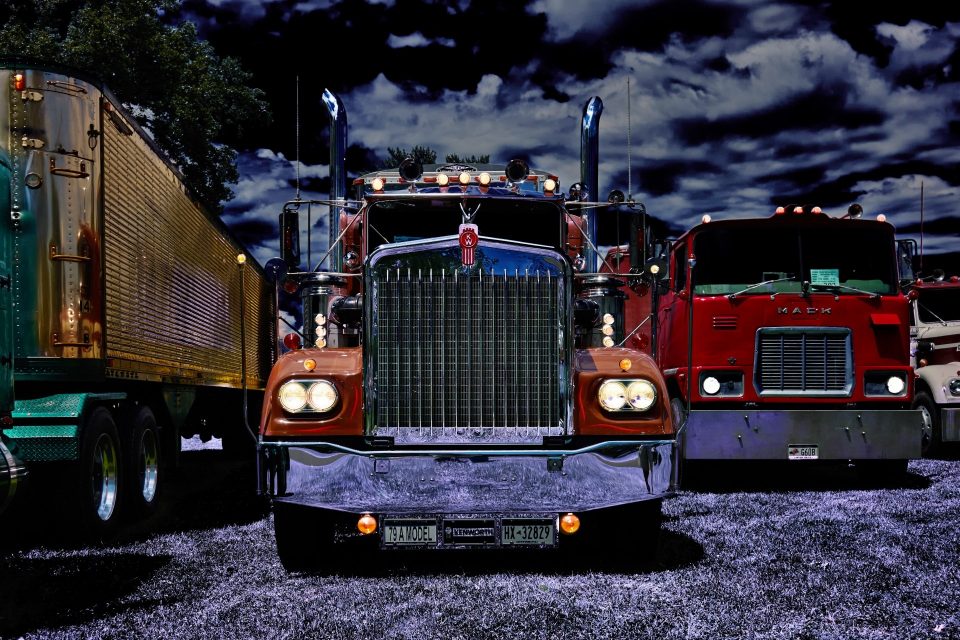 A group of trucks sit at a truck stop. (Image: Facebook/Trucker Strike 2020)

A group of truckers are planning a Veterans Day strike in a bid to urge President-elect Joe Biden and his incoming administration from implementing a ban on Hydraulic fracturing or fracking.

Jeremy Rewoldt, the organizer of StopTheTires2020, said in a statement the U.S. is a capitalist economy and oil is the fuel it runs on. The Facebook group has more than 20,000 members.

“Our message is simple and hopefully effective. We fully intend to exercise our rights, and will not have politicians making crippling decisions, that will negatively affect our future and the future of our children.” StopTheTires2020 organizer Jeremy Rewoldt wrote in a Facebook post. “We will not participate in the leftist, Biden/Harris Green New Deal. We do not support the banning of fracking. The United States of America operates as a capitalistic economy and OIL is the fuel she survives on.”

Fox News reports Rewoldt also said the protest is not meant to hurt anyone and the group urged any companies or private drivers who are supplying any kind of medical supplies or services not to participate in the strike. The group StopTheTires2020 has also planned a second protest from Nov. 26 to 29.

Between September and October, Shell, Exxon and Chevron have all announced plans to cut thousands of jobs as the coronavirus pandemic has led to a significant drop in oil demand. Domestic and international travel has grinded to a halt due to the pandemic. Additionally, fracking seems to be on the chopping block as renewable energy continues to grow in demand, but fracking is still in high demand.

According to a 2017 report by the American Petroleum Institute, fracking has directly led to more than 10 million jobs in the industry and could support another 1.9 million jobs by 2035. President Trump has repeatedly said that President-elect Biden will kill those jobs.

Biden has said more than once, including during the presidential debates, that he would only stop fracking on public land. Biden does plan to launch a national effort to create a clean energy future, including 250,000 jobs in “climate-smart agriculture, resilience, and conservation.”

Despite the anger from truckers, the American Trucking Association released a statement congratulating Biden and Vice President-elect Kamala Harris on their campaign victory and added that trucking speaks to all of Americans, not a specific political party.

“We congratulate President-Elect Biden and Vice President-Elect Harris on their hard-earned victory, and we look forward to working with their Administration to strengthen the economy and rebuild our national infrastructure.

“Trucking’s story speaks to all of America, not one specific political party. As witnessed during the pandemic, the resilience of the American trucker is one of this country’s greatest assets. Driven by core values of hard work, service and sacrifice, our industry sets out every day to deliver for the good of our nation and its people—in good times and bad.”